Posted by Green on February 8, 2021
in post-rock
as Roy Montgomery 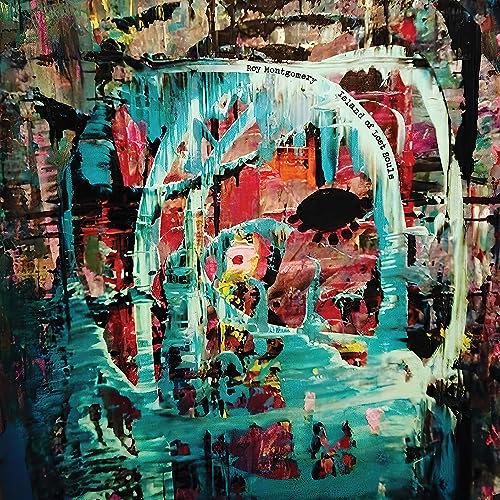 The first of four Roy Montgomery LPs planned for release in 2021, Island of Lost Souls is a return to purely instrumental compositions after 2018’s excellent Suffuse, which incorporated guest vocals by Grouper and Julianna Barwick, among others. All four pieces on Island are dedicated to influential musicians and artists who have passed, and while they all carry a mournful tone to some degree, they all express sincere gratitude and seem to praise more than lament. Opener “Cowboy Mouth,” dedicated to playwright, actor, and director Sam Shepard, builds up mist-clouds of shimmering, reverb-soaked guitars and melodies that could easily be mistaken for synthesizers, all flowing together in a sort of purifying wash. The other tracks sound more cyclical and loop-heavy. “Unhalfmuted,” for Tuxedomoon’s Peter Principle, is the strangest cut here, filled with mind-bending shoegaze-like textures but without the punishing volume common to the genre. “Soundcheck” (in tribute to Adrian Borland, of the Sound and Second Layer) is maybe the most richly melodic piece, and the most melancholy, but even its grief seems to pour down like cascades of light. A similar idea is explored on the album’s 22-minute conclusion, “The Electric Children of Hildegard von Bingen (For Florian Fricke),” a slow-moving minimalist piece that gradually reveals layers of intricate details underneath the insistent, ethereal strumming. Comforting rather than funereal, the album is much more a celebration of life than an outpouring of grievances.