Posted by Green on July 27, 2019
in psychedelic, rock
as Rosalie Cunningham 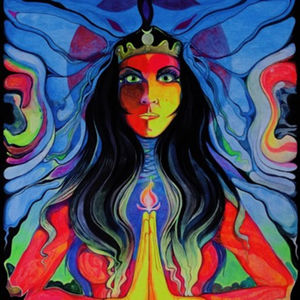 Esoteric Antenna are delighted to announce the new studio album from former Purson founder Rosalie Cunningham. Since her celebrated band Purson played its final gig in late 2016, singer, songwriter and multi-instrumentalist Rosalie has been working on a new solo album, to showcase her talents as the visionary solo artist she always was. Across eight genre-spanning tracks, fans will be able to hear the incredible progression in both style and substance. With psychedelic roots still firmly in place, her music is still chock full of the drama and performance that typified her previous work, alongside an evolution in her song writing craft; this album shows off the growth as a writer in the past two years. The album features a full range of musical styles showing off to the full Rosalie’s incredible vocal range and playing ability and is sure to delight both old fans of Purson and many new fans.