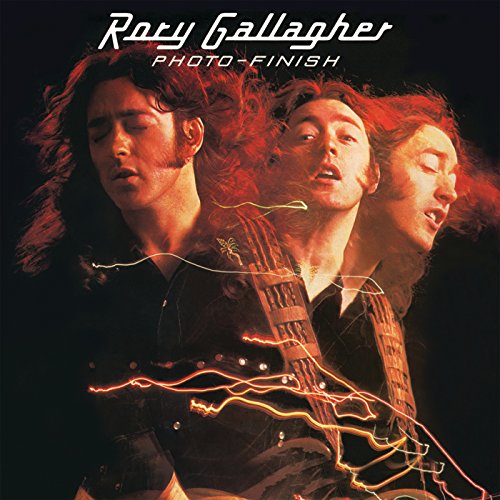 Remixed and expanded (with two additional tracks recorded but chopped off the vinyl version) for its debut on CD in 1999, this is a sturdy, workmanlike Rory Gallagher release. Reverting back to a trio, Gallagher toughens up his sound and blazes through some robust blues rockers like “Last of the Independents,” “Shadow Play,” and “Brute Force & Ignorance” (one of his best hard rock riffs) with nervy energy. Gallagher’s swampy side emerges on “Cloak & Dagger,” another song that explores his fascination with B-movie gumshoes, a common theme for the Irish blues-rocker. His guitar work is typically excellent throughout, especially on “Overnight Bag,” as he overdubs himself on acoustic. Still, the album has a samey feel due to some of the songwriting not being quite up to snuff, and a few tracks, like the moody, slow-burning “Fuel to the Fire,” stretched well past its breaking point to over six minutes. Of the two additional tunes, “Early Warning” is a typically rugged chunky rocker, and “Juke Box Annie” explores the guitarist’s jaunty, slightly funky country style. Neither is essential, but both will be important finds for the Gallagher collector. Brother Dónal’s liner and track notes are short yet informative, and the sound is an enormous improvement over the original version. There is a remarkable clarity and fullness to the bass, along with a definition that exposes heretofore unheard instruments like the mandolin on “Brute Force…” and handclaps on “Cruise on Out,” both previously buried in the mix. Not a great Rory Gallagher album, but a rock-solid one that won’t disappoint established fans. ~by Hal Horowitz