Posted by Green on January 28, 2020
in blues, rock
as Rory Gallagher 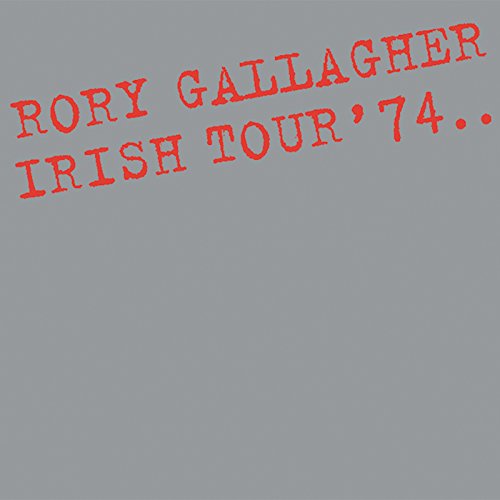 The companion piece to director Tony Palmer’s documentary of the same name, Irish Tour was recorded in January 1974 in Belfast, Dublin, and Cork at a time when precious few performers — Irish or otherwise — were even dreaming of touring the trouble-torn island. Northern Ireland, in particular, was a rock & roll no-go area, but Gallagher never turned his back on the province and was rewarded with what history recalls as some of his best-ever gigs. Irish Tour, in turn, captures some of his finest known live recordings and, while it’s impossible to tell which songs were recorded where, across nine in-concert recordings (plus one after-hours jam session, “Back on My Stompin’ Ground”), the energy crackling from stage to stalls and back again packs an intensity that few live albums — Gallagher’s others among them — can match. Highlights of a stunning set include dramatic takes on Muddy Waters’ “I Wonder Who” and Tony Joe White’s “As the Crow Flies,” a raw acoustic rendering that is nevertheless totally electrifying. A frustratingly brief snip of the classic Shadows-style “Maritime” (aka “Just a Little Bit”) plays the album out in anthemic style and then, of course, there’s “Walk on Hot Coals,” a marathon excursion that posterity has decreed Gallagher’s most popular and accomplished statement — a status that Irish Tour does nothing to contradict. It’s foolish playing favorites, however. Even more than Gallagher’s earlier Live in Europe album from 1972, Irish Tour confirms Gallagher not simply as the greatest bluesman Ireland ever knew, but as one of the island’s greatest-ever performers. ~by Dave Thompson