Posted by Green on September 10, 2020
in blues, soul
as Ronnie Earl & The Broadcasters 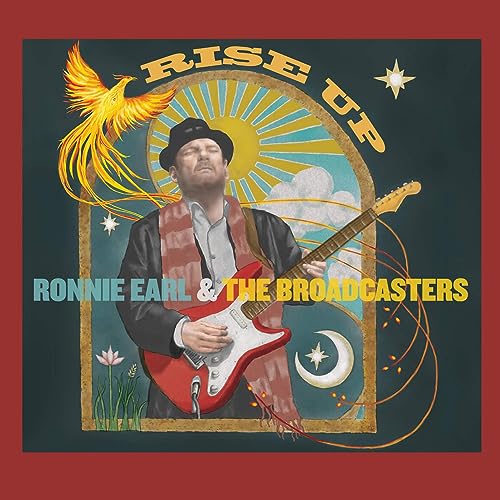 Following the immensely successful ‘Beyond The Blue Door’ album released in 2019, Ronnie continues to perform with his outstanding band The Broadcasters on his latest release: ‘Rise Up’. Released by Stony Plain Records, ‘Rise Up’ contains songs written and recorded just as the COVID19 quarantine was winding up. The majority of the album, recorded in The Living Room Sessions in Ronnie’s home, are filled with songs that remind us of the comfort brought by family and community. Ronnie Earl has always believed in the power of music to heal the mind and spirit, and the 15 tracks on this new disc demonstrate that implicitly.

‘Rise Up’ confirms Earl’s status as one of the most soulful blues/soul/jazz guitarists working today and as Gregg Grella reminds us, “Ronnie Earl continues to play elegant guitar.”.