Posted by Green on December 26, 2019
in folk, pop, singer-songwriter
as Robert Ellis 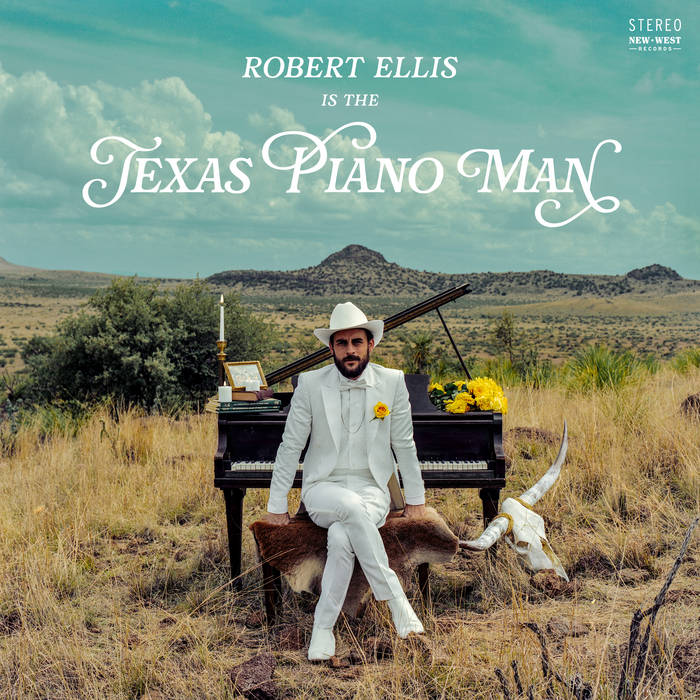 You can almost count the number of successful singer-songwriter piano men on the fingers of both hands. There s Elton John of course, Billy Joel, Ben Folds, Joe Jackson, Leon Russell, Randy Newman, digging back to Burton Cummings of the Guess Who perhaps some others, but you get the gist. Few from Texas, though, have gone there. Robert Ellis is changing that.

The roots artist has traded his six strings for the 88s on his fifth album, donning a flashy, shimmering white suit and cowboy hat in the process. The yellow roses (of Texas) that adorn the piano on the album s cover cement the connection to his home state.

A pop framework has never been far from Ellis palette, but here it takes precedence. Still, titling the opening single Fucking Crazy isn t exactly extending an olive branch to commercial radio, even if the song is a natural for adult contemporary formats. Considering his guitar-strumming past, Ellis is surprisingly nimble on the keys, evident on the lithe runs he tosses into the 10cc-styled When You re Away and the tinkling, near classical approach of the deceptively gentle Lullaby. The spirit of Elton hovers over tunes like Nobody Smokes Anymore, especially when he pounds away in the chorus. Ellis boyish vocals upend the unsettling concept of He Made Me Do It, a disturbing treatise on schizophrenia made more disconcerting due to the tune s sing-along Beatles-esque lope.

An occasional throwaway like the closing Latin cha-cha Topo Chico notwithstanding, this is a refreshing, often frothy listen with enough sly, lyrical bite in songs such as Passive Aggressive, and the dark shadings of a disintegrating relationship in Aren t We Supposed To Be In Love? , to keep you coming back. As unabashedly pop albums go, Ellis self-descriptive Texas Piano Man is a bracing alternative to the guitar-focused music that dominates the singer-songwriter field.