Posted by Green on February 18, 2021
in americana, rock
as Ricky Warwick 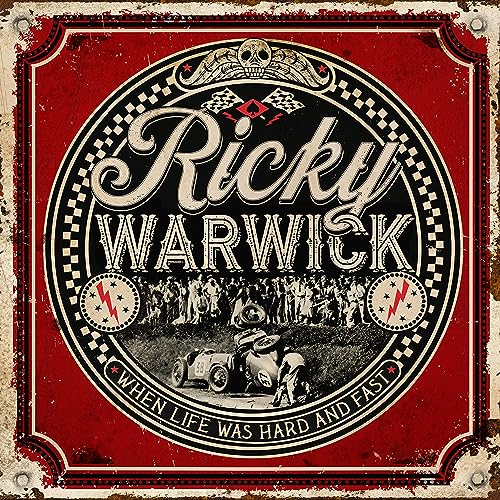 Singer/songwriter Ricky Warwick was cut from the cloth of a mill workers’ jacket. Raised on a diet of Patsy Cline, Johnny Cash, Thin Lizzy, Stiff Little Fingers, motown and everything in between. Following 2016’s lauded ‘When Patsy Cline was Crazy… and Guy Mitchell Sang The Blues’, Warwick is getting ready to unleash his fifth solo album in 2021. titled ‘When Life was Hard and Fast’, it was recorded in Los Angeles and produced by Keith Nelson (ex-Buckcherry), who also co-wrote the majority of the songs on the record with Warwick. ‘I wanted to create an album that had the simplistic melodies of Tom Petty and the Heartbreakers charged with the electric hedonistic fury of Johnny Thunders and The Heartbreakers’, remarked Warwick.