Posted by Green on April 19, 2018
in original soundtrack
as Richard Hawley & Ollie Trevers 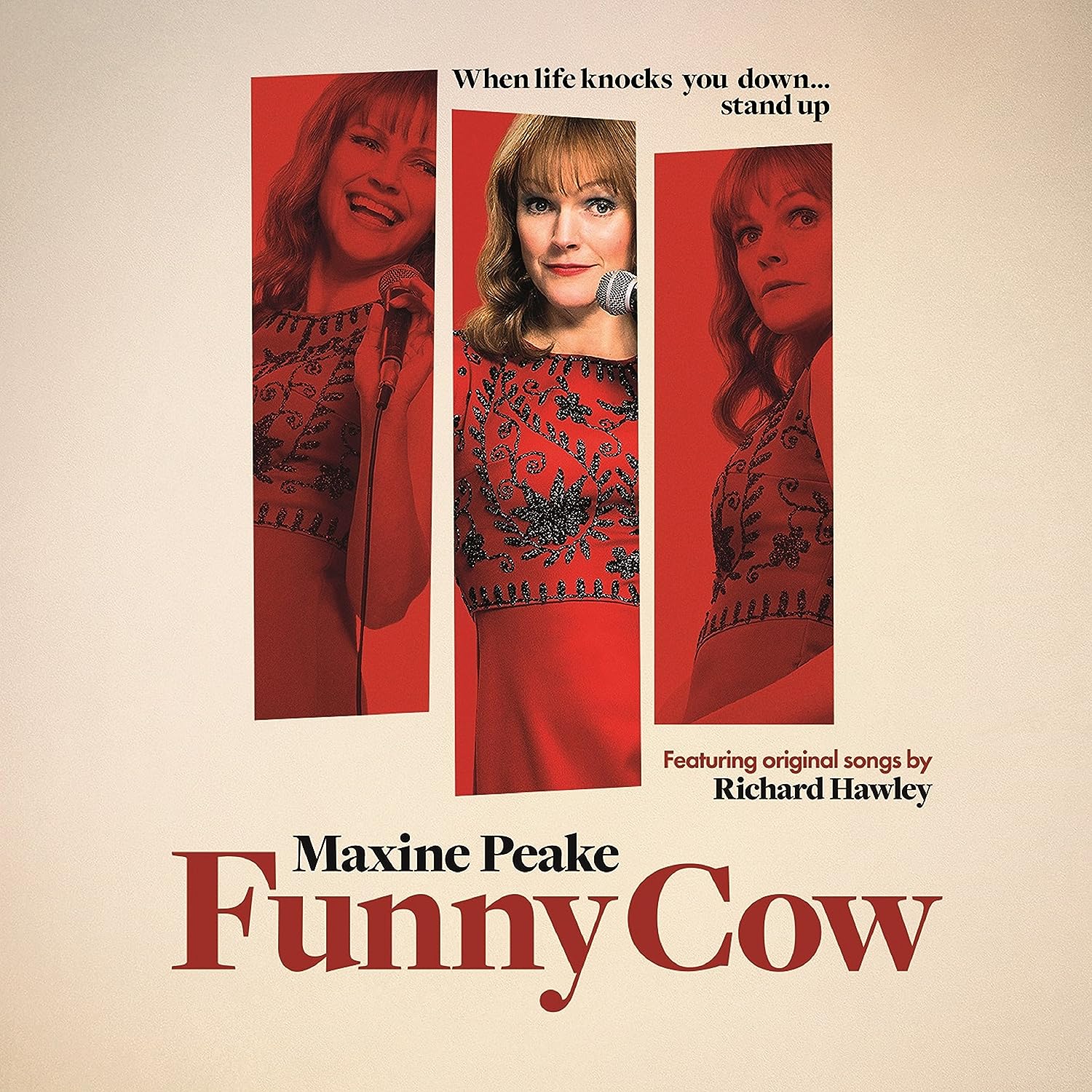 ‘Funny Cow charts the rise to stardom of a female comedienne through the 1970’s and 1980’s. It is set against the backdrop of working men’s clubs and the stand-up comedy circuit of the North of England. From her troubled childhood to her turbulent adult relationships, the Funny Cow uses the raw material of her life experiences to bring her unique style of comedy to the stage. A stand-up comedienne in an all-male world, Funny Cow delivers tragedy and comedy in equal measure. The film stars Maxine Peake, Paddy Considine, Tony Pitts, Alun Armstrong and Stephen Graham, is directed by Adrian Shergold and produced by Kevin Proctor and Mark Vennis. Richard Hawley, Corinne Bailey Rae and Ollie Trevers all appear in the film. Richard wrote the title track ‘Funny Cow’, ‘A Little Bit More’ and, with Mark Sheridan, the duet with Corinne Bailey Rae ‘I Still Want You’. He also wrote the instrumentals ‘Laundrette Accordian’, ‘Leaving Mike’s House’. ‘Walking Round The Bookshop’, and ‘End Hospital Sequence’ and ‘End Sequence’, which all feature in the film. Ollie wrote the songs ‘Twist It Shake It’, ‘From Then Til Now’, ‘Bad But Good’ and ‘Nightmare In Paradise’ and again, all feature in the film.