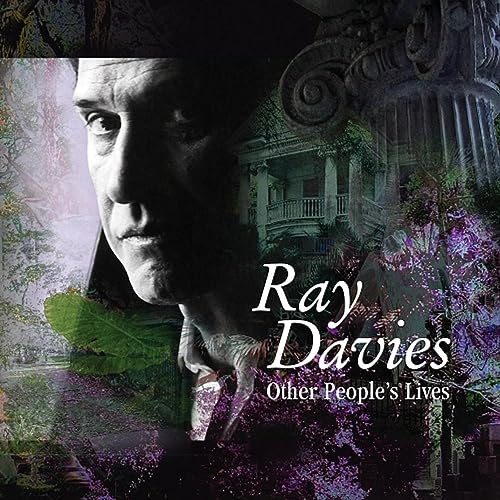 First proper solo album from the Kinks legend finds him flirting with confessional singer-songwriter material and tapping into the sounds of the Southern U.S.

The well-respected Englishman of 1960s pop has spent much of his recent years in a place he once called “the land of the ice cream and apple pie, guns and the Wild West.” With air travel in disarray after 9/11, Ray Davies took his stranded American tour on the anywhere American road. During some of the recording of Other People’s Lives, improbably the ex-Kink’s first proper solo album– his 1985 soundtrack LP Return to Waterloo and VH1-inspiring 1998 one-man-show The Storyteller each included previously released material– he lived in New Orleans. The resulting record cleverly mires Davies’ observational English cynicism in the turbid bayou of organ-flecked rocking-chair rock and the American confessional singer-songwriter convention.

Yet at times Davies matures backward, trading the Kinks’ tergiversating sophistication for rash generalization. Yup, he’s gone native in curmudgeon country. Davies rails against the “continual quest for the fountain youth” in “Run Away From Time”, lambastes dedicated followers of fashion in “Stand Up Comic”, and complains about that perpetual foe of fogeys and famous dudes alike, the Fourth Estate, on the cliché-mongering title track– “Can’t believe what I just read/ Excuse me, I just vomited.” Stoned wailer “The Getaway (Lonesome Train)” alludes to “Sunny Afternoon”, Big Easy poverty shockah “The Tourist” namedrops “La Vida Loca”, but both staid productions could benefit from brother Dave’s sibling-rival guitar crunch.