Posted by Green on April 10, 2021
in blues, boogie, Discography
as Professor Longhair 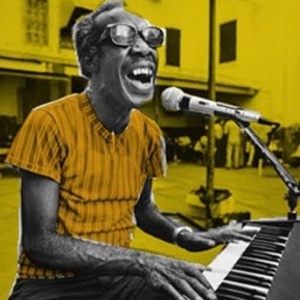 Henry Roeland “Roy” Byrd (December 19, 1918 – January 30, 1980), better known as Professor Longhair or “Fess” for short, was an American singer and pianist who performed New Orleans blues. He was active in two distinct periods, first in the heyday of early rhythm and blues and later in the resurgence of interest in traditional jazz after the founding of the New Orleans Jazz and Heritage Festival in 1970. His piano style has been described as “instantly recognizable, combining rumba, mambo, and calypso”.