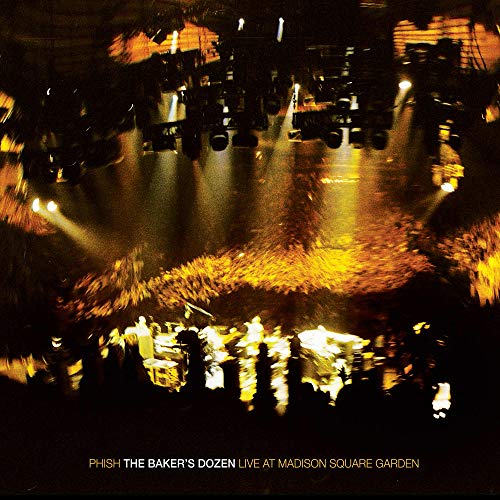 In 2017, Phish performed “The Baker’s Dozen,” a milestone 13-show run at Madison Square Garden held over 17 nights. During the run, the band performed 26 unique sets featuring a grand total of 237 songs with not one repeated. The Baker’s Dozen earned accolades from a wide array of national publications, including a nod from Rolling Stone’s David Fricke in his “Year In Rock 2017” wrap-up. “What I saw,” wrote The New York Times’ Ben Ratliff, ” was a purposeful band in energetic form, better than I’ve seen and heard recently, more willing to let songs assume their own proportions, and going far into it’s own catalog.” The Baker’s Dozen 3-CD (with 13 tracks hand-picked by the band) has been fully remixed by legendary engineer Elliot Scheiner.