Posted by Green on April 24, 2020
in folk-rock, singer-songwriter
as Peter Case 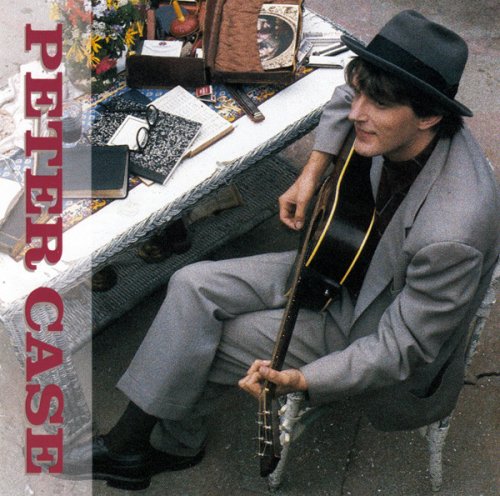 By the mid-’80s, Peter Case had made a name for himself as one of the most exciting talents on the Los Angeles rock & roll scene, first with the pioneering power pop group the Nerves and later the explosive R&B-influenced garage pop act the Plimsouls. The Plimsouls’ second album, 1983’s Everywhere at Once, made it clear Case knew how to write a memorable song and make a powerful record. But it didn’t prepare anyone for the revelation of Peter Case, his 1986 solo debut. The album saw Case moving away from straightforward rock & roll into a more acoustic-based approach, though electric guitars were still part of Case’s formula, and his elemental harmonica work confirmed his connection to the blues. While the artist on Peter Case seemed a bit more like a folkie, he could still write a melody that would stick in the ear, and as a lyricist, he’d taken his craft to a new level. Peter Case was literate and introspective in a way Case’s previous songwriting was not, but without seeming pretentious or self-involved. Case’s new songs often dealt with a changing America, looking back to the promise and turbulence of the ’60s on songs like “Steel Strings,” “I Shook His Hand,” and “Satellite Beach” while also pondering the light and dark within the human heart on “Small Town Spree” and “Walk in the Woods.” Case wrote and recorded the album after experiencing a spiritual awakening, but if matters of the heart and the soul are a frequent part of these songs, Case shows no interest in preaching, instead allowing listeners to reach their own conclusions from the lives and misadventures of his characters. And producer T-Bone Burnett (assisted by Mitchell Froom on four tunes) helped Case create a lively and expressive backdrop for the songs, aided immeasurably by Jerry Marotta’s percussion and a haunting string arrangement by Van Dyke Parks on “Small Town Spree.” Peter Case would make other albums as good as his solo debut, but there’s an excitement and a joyous embrace of creative possibilities that make it perhaps his most immediately engaging album.