Posted by Green on June 10, 2021
in folk, singer-songwriter
as Peter Bruntnell 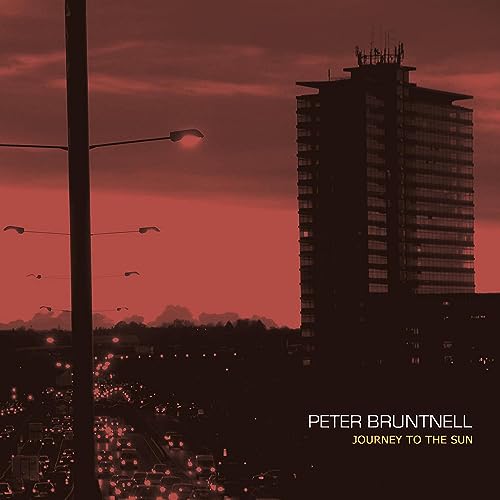 Rolling Stone magazine once declared Peter Bruntnell to be ‘one of England’s best kept musical secrets’. England has thus far successfully managed to keep Pete a secret for all this time, even from itself. ‘Maybe this will be the album to finally give him the worldwide superstar recognition he deserves!’, enthused every other Peter Bruntnell album review from the last 20+ years, with an admirably unwavering optimism. ‘If we lived in a just world, Peter Bruntnell would by now be in the middle of his third or fourth global arena tour, his biggest worry working out how to courier his latest armful of Grammy awards back to the UK so his butler could have them installed in the west wing of mansion by the time he got home,’ said a feature in The Guardian in 2016, intent on letting the cat out of the bag, but failing miserably. Needless to say, we don’t live in a just world and Peter Bruntnell is still having to get by without a butler. Peter’s new album, Journey To The Sun, will do little to dispel this fantasy of world domination, but it remains unlikely to become in any way a reality. He will remain the secret singer-songwriter, lauded by the likes of Kathleen Edwards, The Delines, Rumer, various members of R.E.M., Son Volt and whatever the collective noun is for several large real ale festivals full of mainly manly middle-aged music geeks. Journey To The Sun has more than a whiff of death, longing, leaving & regret – all the cheer you’d expect from a record written and recorded amidst lockdown – with the lack of live shows taking its toll on Pete, it brought about the purchase of a new synthesiser, subsequently followed by a bouzouki. This has resulted in an album with more synth than your average Americana fan would knowingly expose themselves to. Half of the lyrics to the new songs are credited as having been co-written between Pete and his mysterious – possibly imaginary – long time collaborator, Bill Ritchie. The album was recorded and self-produced at Pete’s home in Devon. ‘Self-produced’ and ‘recorded at home’ being the ultimate buzz words in this quest for a hit record. It features Pete playing the majority of the instruments, aided only by mastering engineer Peter Linnane adding various vintage keyboards along with Iain Sloan, who was invited to add pedal steel to Dharma Liar.