Posted by Green on November 21, 2019
in pop, rock
as Paul McCartney 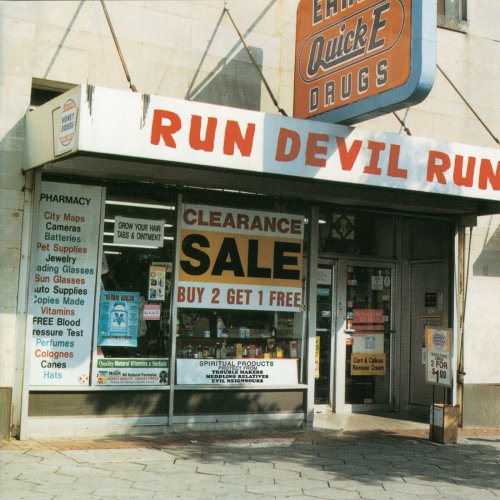 Whenever Paul McCartney’s storied life has hit personal or professional hard times, he’s wisely returned–figuratively and literally–to his musical foundations. In the Beatles’ final, troubled days, it was Get Back, the aborted return-to-roots project salvaged as Let It Be, and during his late-80s solo doldrums it was the 1950s rave-up CHOBA B CCCP (a.k.a. the “Russian Album”). In the wake of Linda’s passing, McCartney “gets back” to a motley dozen 50s hits, B-sides and obscurities and pens three surprising originals that neatly fit their mould. Using a band of seasoned British vets (including Pink Floyd’s Dave Gilmour and Mick Green from Johnny Kidd & the Pirates on guitars, and Deep Purple’s Ian Paice on drums) whose own unbridled affection for this music radiates from every track, McCartney tackles the familiar (Gene Vincent’s “Blue Jean Bop,” Elvis Presley’s “All Shook Up”) and unfamiliar (the Vipers’ skiffle hit “No Other Baby,” Carl Perkins’s “Movie Magg”) alike with enthusiasm, if not slavish devotion (as witnessed by his nifty zydeco revamp of Chuck Berry’s “Brown Eyed Handsome Man”). The Mac originals “Try Not to Cry” and “What It Is” (and the choice of Ricky Nelson’s “Lonesome Town”) seem to deal not-so-obliquely with his love and loss, yet are delivered with an upbeat confidence that seem to belie his mourning. In the end, Run Devil Run may be as much personal exorcism as it is loving musical recapitulation, and McCartney is in peak vocal form throughout. –Jerry McCulley