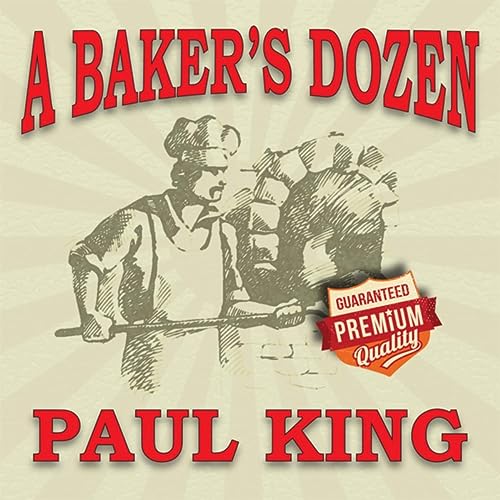 To celebrate the 50th anniversary of one of the world’s best-selling singles ever, ‘A Baker’s Dozen’ from Paul King is released on 22 May 2020 on CD through ‘Angel Air’ [Cat No SJPCD623]. The single in question is, of course, the evergreen ‘In The Summertime’ by Mungo Jerry and Paul was a founder member of the group.  The track features Paul on Banjo and Jug and spent seven weeks at the top of the UK Singles Chart in 1970 but was a hit the world over.

Paul King said of the album, ”I’ve been playing and writing songs now for over half a century, during which time I’ve enjoyed the company of many famous bands and musicians. I was recording six new titles for a new album and thought that after all this time it would be great to both mark the anniversary of ‘In The Summertime’ and include some of my older songs which featured some of those musicians from my past. I cut my teeth early on, playing folk clubs and then moved on to Eel Pie Island and Blues clubs, playing harmonica with The Roosters and later with Long John Baldry. All these musical influences – along with the bands we toured with in the 70’s such as Rod Stewart and The Faces, Free, Ginger Baker’s Airforce, Grateful Dead, Deep Purple, Canned Heat and more – played a big part in the way I compose songs.   ‘A Baker’s Dozen’ is a collection of both old and new covering many genres and some of the most memorable tracks I have recorded to date and hope you like them!”

‘A Baker’s Dozen’ is a fitting tribute to the many years work from this multi-talented musician and singer who first featured on a song that sold in excess of 30 million copies!