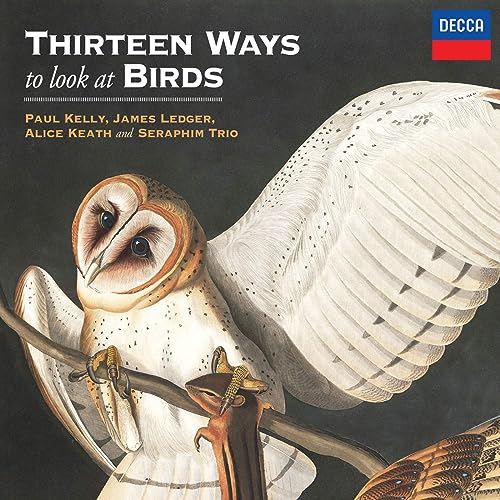 The composer tells us about his avian collaboration with singer-songwriter Paul Kelly, which features settings of poetry by the likes of Judith Wright, Emily Dickinson and John Keats.

We’re talking about birds ahead of the composer’s collaboration with singer-songwriter Paul Kelly and pianist Anna Goldsworthy (and her trio Seraphim), titled Thirteen Ways to Look at Birds, which plays over two nights of the opening weekend at this year’s Adelaide Festival, before playing Sydney’s City Recital Hall in June. The collaboration features 13 new songs and soundscapes inspired by birds, including settings of poetry by the likes of Judith Wright, Emily Dickinson, John Keats and WB Yeats. The project is named for Wallace Stevens’ Thirteen Ways of Looking at a Blackbird, though that poem ultimately didn’t make the cut. The birds that did make it into the set include owls, thrushes, nightingales, thornbills and magpies – to name just a few.