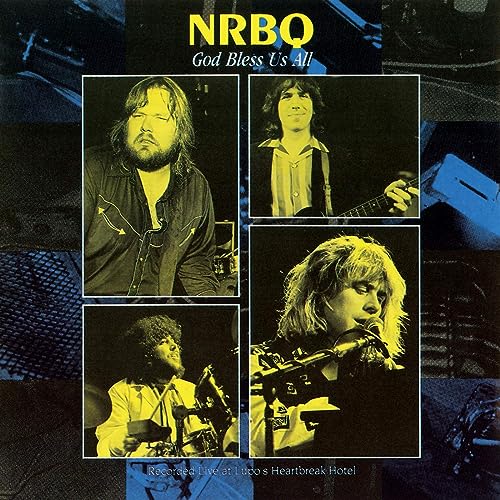 There may be no other rock `n’ roll band in existence who could pull off what NRBQ did on this live album. It was drawn entirely from one set, and there was no set list–the band just played whatever seemed right at the time. And the audience was unaware that the performance was being taped, so their enthusiasm is genuine. “God Bless Us All” was recorded live at midnight, Saturday, April 18, 1987, at Lupo’s Heartbreak Hotel in Providence, R.I. Includes Al Anderson’s “Crazy Like A Fox” plus their definitive cover of Billy Stewart’s “Sitting In the Park” and plenty more.