Posted by Green on March 23, 2020
in country, folk
as Nanci Griffith 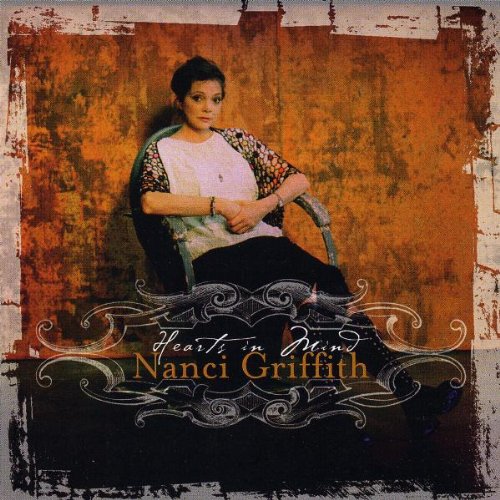 A trip to Southeast Asia and the U.S. invasion of Iraq seem to have inspired much of Nanci Griffith’s 12th studio album of new, original material, Hearts in Mind. “I don’t want your wars to take my children,” Griffith sings in the country-folk opener, “A Simple Life,” and at the album’s end, in “Big Blue Ball of War,” she provides a historical primer of world conflicts that concludes speciously by suggesting that if only women were in charge of things, wars would cease. In between, “Heart of Indochine” and “Old Hanoi” provide her observations on Vietnam, the former pleading, “Deliver me to a river of peace.” And while “Before” and “Love Conquers All” do not concern war directly, they do refer to it. Meanwhile, songwriter Julie Gold, who previously gave Griffith “From a Distance” (before Bette Midler absconded with it) and “Heaven,” contributes a reflection on 9/11, “Mountain of Sorrow,” that treats the loss of the World Trade Center towers as if it were a case of romantic heartbreak. But Hearts in Mind is not a full-fledged concept album about state violence. “Angels” (written by Tom Kimmel and Jennifer Kimball) and “Rise to the Occasion” speak to the ennobling power of love. “Beautiful” is Griffith’s tribute to her stepfather. “Back When Ted Loved Sylvia,” written by Le Ann Etheridge, is a non-rhyming reflection on the relationship between poets Ted Hughes and Sylvia Plath. And “I Love This Town,” a duet with Jimmy Buffett written by Clive Gregson, provides comic relief and a catchy hook. Still, the shadow of war is never far away, even if it is often expressed in historical or impressionistic terms. No longer concerned with reaching a mass audience, Griffith co-produces with Pat McInerney, one of her backup musicians, delivering arrangements that lean more toward folk and bluegrass styles, with occasional string charts thrown in. “Last Train Home,” with its Texas two-step rhythm, sounds like something from one of her early albums. Hearts in Mind doesn’t have anything to say about war that Griffith’s fans don’t know (and probably agree with), and it can be a bit simple-minded, but it delivers the familiar reflective, literary goods that those fans will expect.