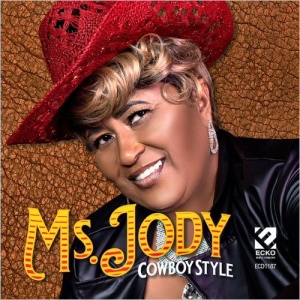 Ms. Jody has become a favorite in blues and soul circles for her often witty songs that speak the truth about life and love. Ms. Jody is the stage name of Joanne Vertie Delapaz, who was born in Chicago, Illinois on November 10, 1957. When Delapaz was two years old, her family moved to Bay Springs, Mississippi, where she still lives today. Her father was a minister, and she grew up on gospel music. Delapaz says she’s been singing as far back as she can remember; growing up in the country, she would sing to the birds and animals as a child, and in 1975 she graduated to performing in her dad’s church. Delapaz sang in church for over two decades, but after the death of her father and the end of her first marriage, she dropped out of music for a while.