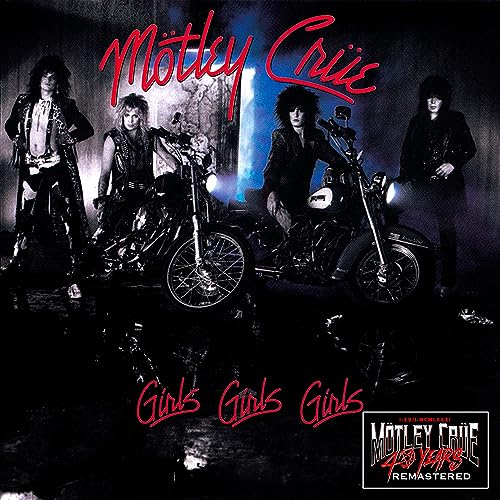 Girls, Girls, Girls continued Mötley Crüe’s commercial hot streak, eventually going quadruple platinum as its predecessor, Theatre of Pain, had; meanwhile, the title track brought them their second Top 20 single, and “Wild Side” became a popular MTV item. In general, the Crüe really plays up the sleaze factor on this album, trying to recapture some of the street-tough grittiness that fueled Too Fast for Love even appearing on the cover astride motorcycles and wearing leather; this time around, the influence of Aerosmith is felt to a much greater degree. The production is too polished to really give the record a raw, dirty feel, but the raunchiness comes through all the same. Again, there’s a bit of filler, as though the band knew they didn’t have to make a completely consistent record to maintain their popularity, but there are enough high points along the way to make Girls, Girls, Girls an entertaining party-metal platter.