Posted by Green on February 8, 2019
in folk-rock
as Michael McDermott 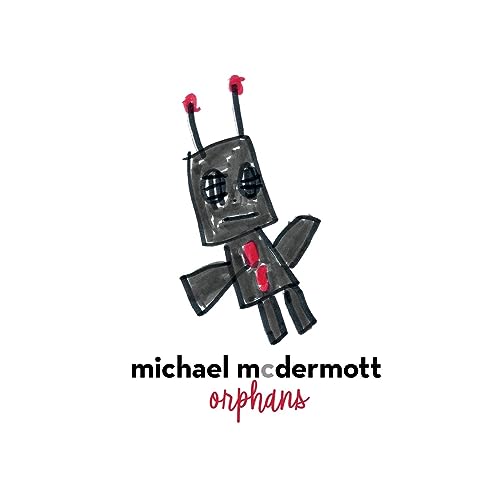 Michael McDermott first tasted success in his early 20’s, going all the way back to his critically-acclaimed “620 West Surf” for the Warner Bros. label in 1991. It thrust him into the limelight, perhaps before he was ready, leading down a path of self-destruction. He’s older, wiser, and now has a child with writing partner Heather Lynne Horton, and is four years clean and sober. For his latest release, Michael took a rather unique approach. Over the last three years, he’s been touring almost non-stop in support of his last two albums, “Willow Springs,” and “Out From Under.” And, as with many writers, there are usually a plethora of songs that do not appear as part of the “finished product.” That is the backstory of the twelve “Orphans” on this set. They are songs that Michael believed he simply could not just discard, so, here they are. They deal with a myriad of emotions, mostly dealing with the acute loneliness he felt while on the road for so long, in addition to losing his parents. As such, they are small glimpses into his soul, and how he has used music to cope with life.

Assisted by Heather, Will Kimbrough, Lex Price, John Deaderick, and a host of other A-listers, the set begins with a nod to Edgar Allan Poe and “Tell Tale Heart.” This excellent piece of jangly-pop also shouts out to Dorian Grey and hunger-strike icon Bobby Sands. The wistful “Ne’er Do Well” has “Miss Browning to help me count the ways,” and, altho he may not have much, “at least you are still mine.”

The loneliness of being on the road constantly and away from loved ones is spelled out in “Meadowlark,” and “Black Tree, Blue Sky.” while his time spent in California, a somewhat dark period in his life, is documented in “Los Angeles, A Lifetime Ago.”

We had two favorites, too. “Once we were like warriors/once we were like kings,” sadly ends with our lovers “Givin’ Up The Ghost.” And, in a nod to one of our favorite places, the two lovers of “Sometimes It Rains In Memphis” just can’t keep things together, either–“maybe we were just too dumb to realize these were the best times of our lives.”