Posted by Green on December 11, 2018
in alt-country
as Michael Hurley 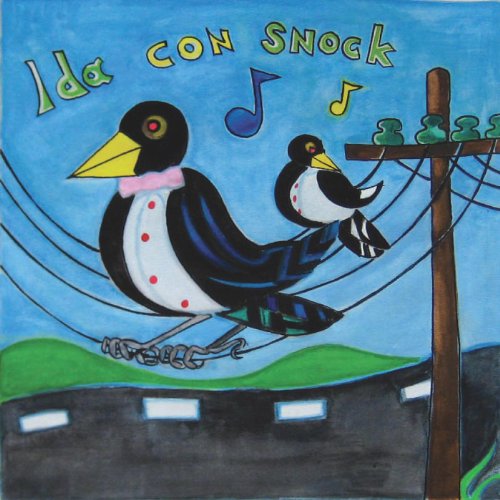 Michael Hurley’s 2009 album Ida Con Snock continued to cement his standing as an elder statesman of weird folk. The approach doesn’t wear thin, but if you followed his career to any extent in the 45 years preceding this release, you knew what to expect: whimsically humorous songs tapping into several tributaries of Americana folk, delivered with wizened vocals so unself-conscious you wonder if he knows the tape is running. The lyrics to the Cajun-ish “Hog of the Forsaken” are so casually enunciated that they could hardly be less decipherable if they’d been sung in French. This time around, his music’s a tad more rock-friendly than some of his other work, with backing by the New York band Ida. Perhaps the vocals are even a bit more frivolous than usual, sometimes breaking off into trumpet-like scatting and pseudo-owl-hooting that listeners might find amusing or irritating, depending on their moods and tastes. It’s not quite all folk music. “I Can’t Help Myself” verges on an under-rehearsed Lovin’ Spoonful vibe; “Ragg Mopp” has a low-key ragtime swing; and “Going Steady” is an homage to/parody of schmaltzy ’50s rock ballads that might have been at home on the early Mothers of Invention records, though there it would have undoubtedly been given a quite different arrangement. Hurley seems more at home, however, singing about “Hoot Owls,” “Wildegeeses,” and such mildly zany things.