Posted by Green on February 13, 2020
in cajun, country fusion 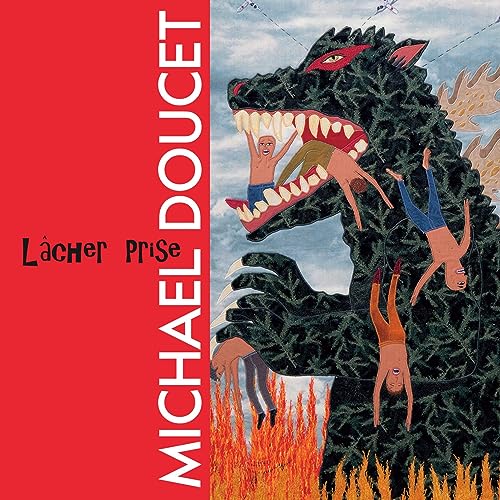 Lâcher Prise, French for “let go,” is not simply the title of Michael Doucet’s most recent project, but a life philosophy – one part eastern Zen, one part NOLA attitude. There’s a bit of “let go and let god” in the phrase as well, as Doucet embraces the uncertainty of a vibrant community that embraces life, death, and art in the shadow of a potentially angry sea just beyond the levees. An angry sea that has brought rain, wind, and destruction in not-too-distant memory, a population that has never rebounded from that last major attack on its lifestyle, and a defiant ethos exist in neighborly discord. From this landscape Doucet, a GRAMMY® Award-winning singer, songwriter, artist, founder of BeauSoleil and National Endowment of the Arts Fellow, builds and embraces Lâcher Prise and finds meaning and purpose in doing so.

Lâcher Prise opens with “Water, Water” on a wave of Doucet’s fiddle. “Lulu Don’t You Go to Bingo” follows with call and response vocals and a swampy rhythmic romp. “Walking on a Mardi Gras Day” is a slow somber march, a lament for another time. “Bad Women” tells the tale of a women who threw the pieces of Doucet’s heart away over an almost Arabian jazz inflected fiddle while “He’s Got All the Whiskey” embraces the pain of what a poor man ain’t got – whiskey, money, women, power, etc. – over haunting guitar and ghostly fiddle. The set closes with another collection highlight, “Cajun Gypsy”, a swampy southwest Louisiana meets classical quartet instrumental that invites listeners deep into a refined view of Cajun country royalty through a series of movements in shades of blue evoking at once struggle and triumph.

Lâcher Prise was recorded at Dockside in Maurice, Louisiana with a group of Doucet’s close friends and collaborators from past and present including Sarah Quintana (vocals, guitar), Chad Viator (guitar), Chris French (bass), and Jim Kolacek (drums), along with special guests Sarah Dugas (The Duhks), Reese Wynans (Stevie Ray Vaughan, Joe Bonamassa), and Jim Hoke (NRBQ). The project was curated and produces by Doucet with Viator and Garry West. Out now on Compass Records, Michael Doucet’s Lâcher Prise builds a bridge to the past without becoming derivative. On Lacher Prise, Doucet offers a trip deep into his “let go” ethos; pick up a copy Lâcher Prise and join him today.