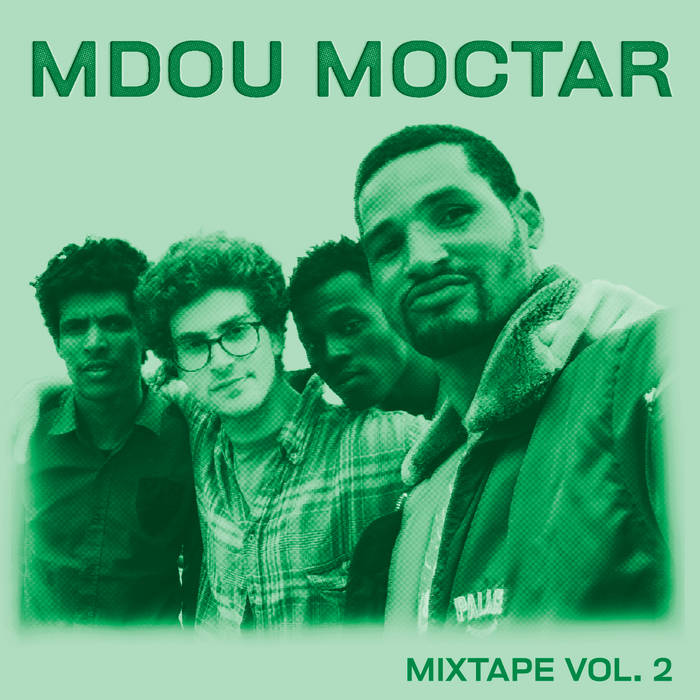 ‘Mixtape Vol. 2 explores the high-energy Agadez wedding performances of the Mdou Moctar band. Weddings in Niger celebrate the ceremony of marriage, but even more than that, celebrate the bond of community. They happen frequently and are open to the public. Tuareg weddings are rarely held indoors and range in location—from the desert/bush (en brousse) to center-of-it-all family compounds. The band starts the revelry before the party even appears. With music already blaring, guests begin to show by foot, motorcycle, and desert-roughed Land Rovers. The drums mimic the shuffle of camel pack sand-strutting. LOUD is the lowest volume. The amps are turned way past 11. The guitars are beyond distorted, absurdly and wonderfully in-the-red. The blasting, rumbling vocals blow out the PA speakers. It’s a glorious soup of happy noise. The music is a marathon session. The band plays for hours, with musicians spilling in on out to keep the party going. Dancing guests shower the players with money and increase their generosity as the band plays faster and faster. The party might not end until the generator runs out of fuel. While “punk” is an alternative to the mainstream, these “punk” wedding shows are the norm. There is no genre or categorical divide. It’s music. Everyone helps each other here—lifting amps, passing around guitars, quickly repairing busted gear, and so on. When Mdou plays at weddings, the reaction is unlike any show applause I’ve ever heard. His guitar solos are received with a joyful intensity. Mixtape Vol. 2 attempts to capture that excitement.’ – Mikey Coltun