Posted by Green on September 26, 2018
in celtic, folk
as McDonnell Trio 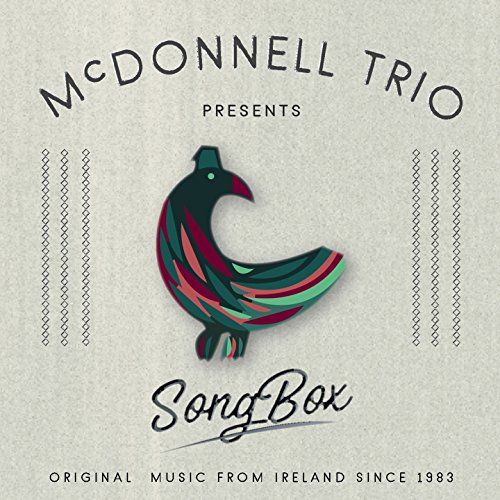 To follow up a record that won over the Académie Charles-Cros in 2014 with It’s a Long Way To Tipperary, the McDonnell family trio have put together another collection of Irish songs, whose writing, performance and production bears the stamp of excellence. Arriving in France in the late 1970s in pursuit of true love, Irish musician Michael McDonnell (mandolin, banjo, guitar and vocals) was the chief factor in the success of the groups Taxi Mauve and Dirty Linen, before he teamed up with his two French-born sons, Simon (guitar and vocals) and Kevin (piano, accordion and vocals), to play traditional Irish music. Song Box is a collection of a cappella songs, in which each of the three vocalists shines in turn, creating an entrancing harmonic halo, and drinking and dancing airs that could wake the dead (drunk). But their repertoire is far from a flat monotone. We are treated to traditional songs and choice pieces from Ewan McColl (Tunnel Tigers), John Martyn (May you never), Robert Burns, (Banks and Breas) and even Hank Williams (Kaw Liga), to highlight the links between Irish music and American country. The vocal depth of the three soloists is further enriched by the intervention of the Wood Sisters: Margaret McDermott and Soazig Hamelin who come in for the show-stopping classic Don’t Let Your Deal Go Down.