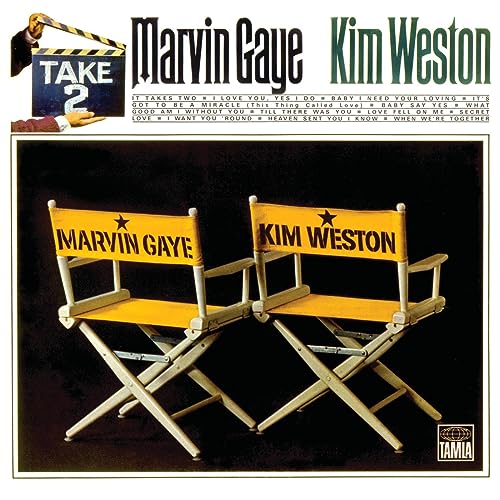 Take Two is a duet album by Motown label mates Marvin Gaye and Kim Weston, released August 25, 1966 on the Motown’s Tamla label. The album was titled after its most successful selection, the Top 20 Pop hit “It Takes Two”, which was to this point Gaye’s most successful duet with another singer. The album also featured the modest hit “What Good Am I Without You?”.

Shortly after this album was released, Weston left Motown in a dispute over royalties (coincidentally, Mary Wells had departed from Motown two years prior after also recording a duets album – Together – with Gaye). Weston’s replacement as Gaye’s duet partner was Tammi Terrell, who recorded several successful hit singles with Gaye during the late 1960s.