Posted by Green on February 4, 2020
in classical, pop
as Marianne Faithfull 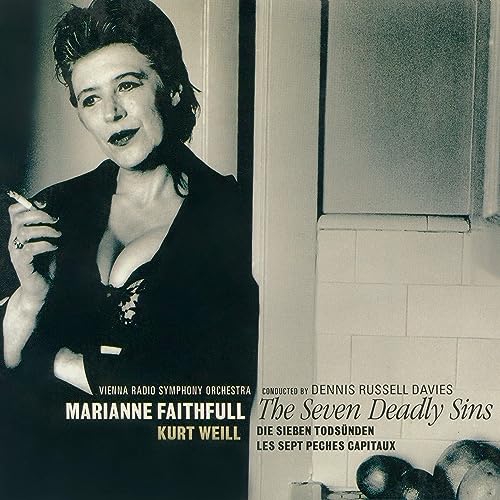 CD reissue of this 1998 release. In 1933, legendary German twentieth century theatrical/musical figures Kurt Weill, who wrote the music, and Bertolt Brecht, who wrote the lyrics, collaborated with the supreme ballet master George Balanchine to create this series of art songs as a ballet. The Seven Deadly Sins is a studio recording of Kurt Weill’s satirical ballet chanté (sung ballet) of the same name by Marianne Faithfull with the Vienna Radio Symphony Orchestra conducted by Dennis Russell Davies. It is a perfect match of voice timbre and sound wished for by the composer. The husky and weary voiced Faithfull does these songs as they were intended to be done, her voice a beautiful match in tone and color.