Posted by Green on August 8, 2019
in blues, zydeco
as Major Handy 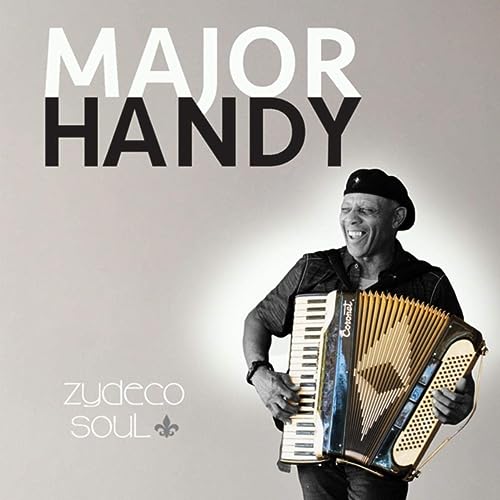 Major Handy is a Zydeco musician and blues accordion player who was born in 1947 in Lafayette, Louisiana. Surrounded by Creole music while growing up, he has since fine-tuned his skills on the guitar, bass, piano and accordion, along with becoming a vocalist. His past gigs include playing guitar with Rockin’ Dopsie’s band for 12 years and with Buckwheat Zydeco’s original lineup for about a year. Over the years, he has held various jobs including acting as deputy sheriff in the late 1970s, holding a regular gig in Canada that include doing a cooking show before his set and running his own auto business.