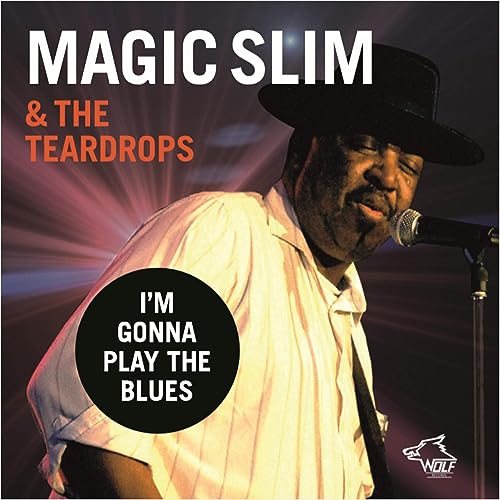 Morris Holt, known as Magic Slim was one of the best Chicago Blues musician ever, with his band The Teardrops, he made history! They won 3 times the Blues Music Award (W. C. Handy Award) with Wof Records International! The new album “I`m Gonna Play The Blues ” from Magic Slim, show what Magic Slim was great in, performing on stage, he was a great show man! On this album are live recordings from the legendary concert in Vienna 2010!The Recordings are amazing, very clear sound, we worked together with the TV so all the recordings are produced with high quality !This Album is going to be one of his best ever, we put a lot work and love into this album, beacause we want to give all of his fans and blues lovers something great ! Band: BJ on drums, Andre Howard on bass, Jon McDonald guitar.