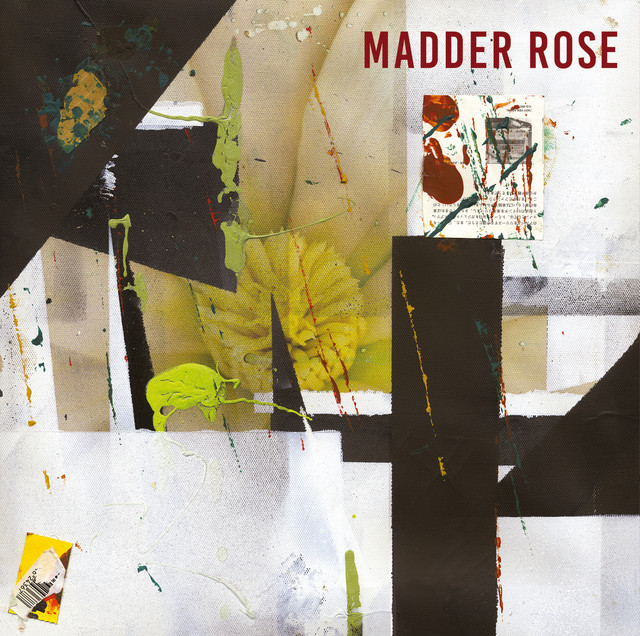 Madder Rose are the band Throwing Muses could have been. Coming to prominence in 1993 with their exquisite debut Bring It Down, their career trajectory peaked a year later on the release of their second album Panic On (listen to ‘Car Song’ from that record and tell me it’s not an absolute cracker). Two more increasingly underrated albums followed before their split in 1999. Now they return, with the original line-up of Mary Lorson (vocals and guitar), Billy Coté (guitar), Matt Verta-Ray (bass) and Rick Kubic (drums) all present and correct. Coté and Lorson continued to work together in a range of musical projects in the interim years, most notably on Lorson’s Saint Low project which Coté played on and produced, and it seemed for some time that a reunion of their former band seemed unnecessary (to them). The former indie haze of their earlier work, with sweet vocals over fuzzy distortion and lo-fi recording, has been replaced with a sheen which brings their sound into the 21st century whilst still retaining the unmistakable signature sounds of the band. There are, however, no bangers like ‘Beautiful John’ or ‘Drop a Bomb’ on To Be Beautiful as the collection of nine songs here all share a downbeat sensibility.

The album opens with the title track which is slow, introspective and beautifully melancholic. It sounds exactly how Aldous Harding tried to make Designer sound. It is the very best kind of song – it’s pessimistic and self-deprecating and gorgeous. Where their former output was driven by musicianship, it feels as though To Be Beautiful is pushed forward by atmospherics. There is a timeless quality to the opening track, with Lorson’s exquisite vocal higher in the mix than perhaps it has ever been, some 60s style ‘ba-ba’ backing vocals and Coté’s understated yet still Velvet Underground-esque guitar work in the background adding to the scope of a song which is both simple and multifaceted at the same time. It is in their ability to make their work seem a breeze that makes Madder Rose such a rewarding listen. Their songs sound familiar while avoiding any sense of being derivative. The lyrics of the title track focus on the need to feel desired, to be beautiful so that people write songs about you, to be invincible or just to be walked home. The yearning that marked their earlier output is replaced with more existential issues of identity whilst also making valuable commentary on the world around us.

‘I Don’t Know How To Love You’ follows and continues the theme of unashamed hearts-on-sleeves honesty and vulnerability. There are few greater songwriters than Lee Hazlewood, so to say that this has echoes of his style is nothing but the highest of compliments. The pay-off lyric of “Then you walk by” is as uplifting as this album gets and it is effective in its simplicity. Lorson’s voice sounds sweeter than ever, the grain of her voice is smooth yet wilting under the weight of her own sense of self-doubt as the narrative of the song centres on new love in the face of the trials and tribulations of working out your place in an earlier doomed romance. ‘I Lost the War’ feels as close to pre-hiatus Madder Rose than any other track here whilst also having an air of Leonard Cohen about it, which was less apparent back then. The trio of opening tracks are sumptuous in their delivery, with a doleful edge which is exactly the perfect tone for repeat listens as layers are revealed each time.

The sombre tone of the first three tracks is retained for the duration of the album and it is about this time in a review where I tend to focus on the weaker aspects of the album, but it’s difficult to find any, in all honesty. Okay, the alt-folk ‘Roses’ leaves me a little cold. There.

‘Bye Love (Disastrous Love)’ has a Pale Saints quality to it, with its ability to draw wonder from pain, while the Lorson-penned ‘Hang Around Awhile’ has all of the hallmarks of the lyrical tone of their earlier work which often centred on being in the moment, doing next to nothing, the slacker element still resides within these souls.

Madder Rose often stood apart from their peers at the time as too fragile, lacking the exuberant confidence that earmarked the mid-90s musical landscape. It is little surprise, then, that their return is heralded by an album of intense charm and pulchritude rather than the all-too-common money-grab of live shows with band members who openly despise each other. Madder Rose always seemed to be a band who played by their own rules, and it seems that little has changed in that respect in the last 20 years. To Be Beautiful is an album to get lost in, and it feels like the warmest of hugs from an old friend.