Posted by Green on February 15, 2021
in country, folk
as Loudon Wainwright III 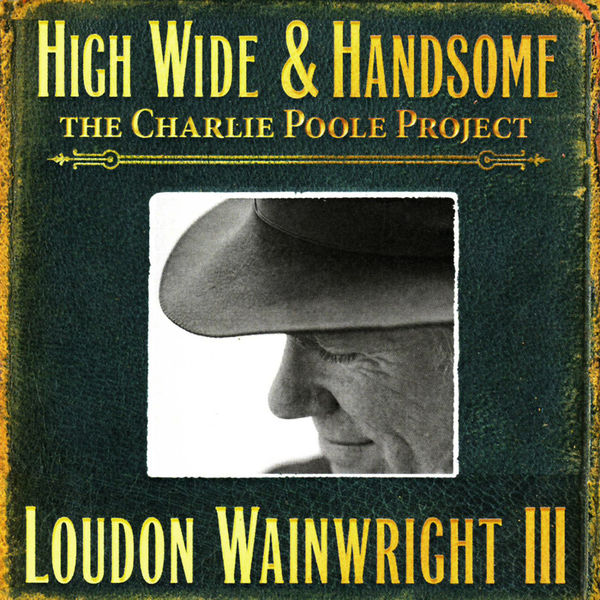 Charlie Poole (1892-1931) was a hard-living, plain-singing, banjo-picking raconteur, amateur baseball player, mill worker, boozer, and bootlegger whose name may not be as well known as, say, Jimmie Rodgers or the Carter Family, but who nonetheless helped define what country music later became. Poole’s recordings for Columbia Records, with a group he called the North Carolina Ramblers — he was born and resided in the state — have probably never been heard even by most who set foot in the Country Music Hall of Fame (he has yet to be inducted), but for a relatively small cadre in the know, Poole is a giant. Loudon Wainwright III is one of the believers, and along with producer Dick Connette and a handful of collaborators (including Chaim Tannenbaum, David Mansfield, and Geoff Muldaur), Wainwright built this album around both old songs associated with Poole and new ones that help move the Poole story forward for today’s world. Poole was not primarily a songwriter; he took what he heard elsewhere and bent it to his will. But he had an inimitable populist style, a whole lot of attitude and charisma, and the kind of sly humor that a sly humorist like Wainwright certainly can embrace. Of the 30 tracks spread across these two discs, all but nine were found among Poole’s own, relatively small catalog. (Those who want to investigate should pick up the collection You Ain’t Talkin’ to Me: Charlie Poole and the Roots of Country Music.) Without attempting to replicate the acoustic string band sound of the ’20s and early ’30s, Wainwright gets to the heart of songs such as “I’m the Man Who Rode the Mule Around the World,” “Moving Day” (with the Roches on background vocals), “The Letter That Never Came,” and “Mother’s Last Farewell Kiss,” tunes that Poole waxed and which, in the hands of Wainwright, manage to open a window into the Depression-era life while remaining viable to contemporary ears. A sprightly “The Deal,” known as “Don’t Let Your Deal Go Down Blues” in Poole’s hands, features the always mind-boggling mandolin playing of Chris Thile, and seemingly the entire Wainwright clan (including Rufus and Martha on “Only Old and in the Way”) aids elsewhere. Loudon’s new songs are intended not so much to conform to Poole’s style (although they do that, too) as to embellish upon it. “Way Up in NYC” tells of the trip that Poole and his band took up north to the alien big city to cut records for Columbia, while “No Knees” finds him wondering – presumably before it killed him — what effect all the alcohol is having on him. The set’s opening number and title track, “High Wide & Handsome,” is another paean to living the high life that Poole probably would have endorsed. If even ten percent of those who hear Wainwright’s tribute to this criminally under-recognized pioneer seek out the originals, then Wainwright will have accomplished his goal. Those who don’t can just bask in some first-class Americana.