Posted by Green on July 17, 2021
in country, Discography, folk
as Lori McKenna 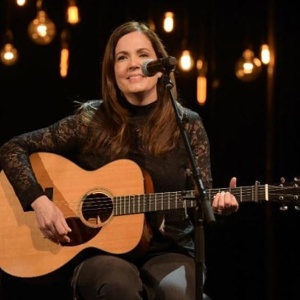 Lorraine “Lori” McKenna born December 22, 1968 is an American folk, Americana, and country music singer, songwriter, and performer. In 2016, she was nominated for the Grammy Award for Song of the Year and won Best Country Song for co-writing the hit single “Girl Crush” performed by Little Big Town. In 2017, she again won Best Country Song at the 59th Annual Grammy Awards for writing “Humble and Kind” performed by Tim McGraw. McKenna along with Lady Gaga, Natalie Hemby and Hillary Lindsey wrote the second single off the soundtrack to the 2018 film A Star Is Born called “Always Remember Us This Way.” McKenna performed backing vocals along with Lindsey and Hemby, and the song received a nomination for Song of the Year at the 62nd Annual Grammy Awards.