Posted by Green on March 31, 2021
in indie - folk
as Lisa Gerrard And Jules Maxwell 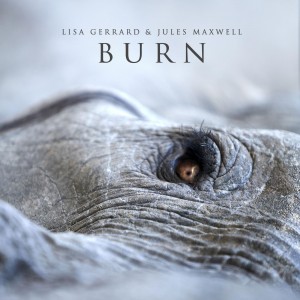 Dead Can Dance members Lisa Gerrard and Jules Maxwell have teamed up under a new guise with James Chapman (MAPS) to create a studio album, titled ‘Burn’. The record began its journey more than seven years ago, when Lisa met Irish theatre composer Jules Maxwell before working together for the first time. ‘Burn’ is set for release on 7th May 2021 via Atlantic Curve. Speaking about the origins of the album, Lisa Gerrard explains, “It is with great pleasure that I share this collaboration with Jules Maxwell. Jules and I began our creative journey with Dead Can Dance. We realised that we could connect through improvisation and that musical exploration continues to evolve with this present work.”

Although this record is a new release, its beginnings go all the way back to 2012 during that year’s Dead Can Dance world tour. Originally brought in as a live keyboard player, Jules Maxwell helped create a new song with Lisa Gerrard called ‘Rising Of The Moon’, which was performed as the final encore of each show. By the time the tour finished in Chile in 2013, a strong affinity had begun to develop between the two of them and further opportunities to collaborate with each other resulted over subsequent years. In 2015, when Maxwell was asked to submit songs for the Bulgarian choir The Mystery of the Bulgarian Voices (Le Mystère des Voix Bulgares), he approached Gerrard to co-write material and travelled to Australia to work with her in her home studio. The pair came away with four new songs for that release, as well as the building blocks for this new venture together. Jules describes the introduction to James Chapman. “About a year later, over dinner in Sofia after a concert by the Bulgarian women, my publisher suggested to me that I work with James Chapman on completing the BURN songs. James had established a sound with his band MAPS, which also had big horizons at its core, and it seemed like an intriguing proposition to me.”

With Chapman joining the duo as producer, ideas began to be generated freely and over time a distinct sound for their work began to emerge. Their focus was to create a sound that 07 MAY 2021 Lisa Gerrard & Jules Maxwell Burn Product info Label Atlantic Curve / Schubert Music Europe gmbh Configuration 1 x CD Album Sales Date May 07, 2021 Order Due Date April 09, 2021 Genre World Music Subgenre Alternative UK Price 7.49 UPC/EAN 4260472170465 Box Lot 35 Product Code AC0032 Explicit N Contact salesUK@theorchard.com The Lighthouse 370 Grays Inn Road London WC1X 8BB United Kingdom was both euphoric and compelling, more inventive than what they had worked on separately in the past. From gentle beginnings, each track builds and intensifies, creating a hypnotic experience to listen to from start to finish.

With Lisa remaining in Australia, Jules adding his keys and percussion from France, and James bringing new light to the sound from England, the three were literally worlds apart, but those worlds fused in the music. Recently, Jules Maxwell also released his debut solo album ‘Songs From The Cultural Backwater’, Lisa Gerrard received a Grammy nomination and returned to Dead Can Dance to release the group’s critically praised ninth studio full-length ‘Dionysus’, and James Chapman released MAPS 4th full-length album ‘Colours. Reflect. Time. Loss’. Stylistically, the new album ‘Burn’ is a diverse mix of electronica, alternative, cinematic soundscape and world music with hints of early Vangelis. Accumulatively, this is a stunning departure for all three of them.