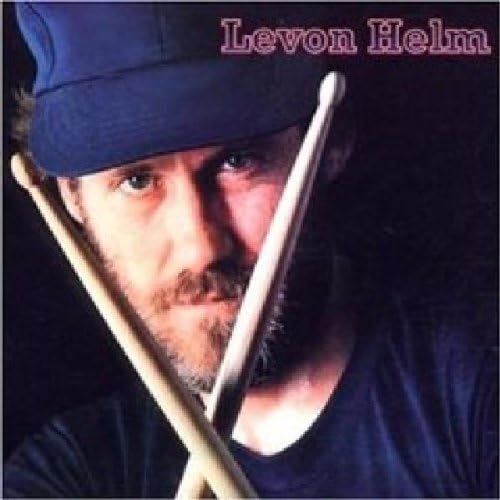 Levon Helm’s second solo album isn’t a bad listen, it just seems, given its pedigree, that it should be a good deal better than it is. Produced by Donald “Duck” Dunn of the legendary Booker T. & the MG’s, and featuring Steve Cropper and the Muscle Shoals session crew, this outing ought to cook with some serious funk and soul, and that it only occasionally does so is the big surprise. Helm’s Arkansas drawl gives his singing an authentic sounding expressiveness, but somehow nothing here has the easy, natural sounding ring that was the trademark of his best work with the Band. Not that there aren’t solid tracks here. Covers of Allen Toussaint’s “Play Something Sweet,” Tony Joe White’s “I Came Here to Party,” and the Cate Brothers tune, “Standing on a Mountain Top” (which boasts Earl and Ernie Cate on harmony vocals), all have wonderful horn charts and soulful approaches. But something intangible is missing, as if these tunes simply sound like they have soul without actually possessing it. True, Helm’s version of Al Green’s “Take Me to the River” brightens things up here, but the song is so good and durable that not even a Muppet could blow it as long as the arrangement is followed. It’s interesting that Dunn himself doesn’t play bass on this album. Maybe that’s what’s missing. Again, this isn’t a bad album, just a surprisingly lifeless one, given the talent involved.