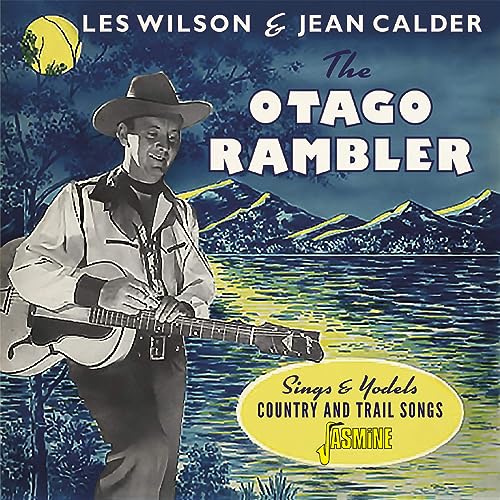 Contains 27 rare tracks, never before released on CD in digitally remastered form and out of print for several decades on vinyl – several only ever released on 78s!!

One of two famous Kiwi brothers, both of whom sang their way to fame with a combination of western music and country music. Brother Cole Wilson became lead vocalist with New Zealand’s leading country band, The Tumbleweeds.

Les Wilson became famous for his western singing and his ability to paint pictures through the words of his songs. He wrote several songs that are still much recorded today.

Some of his songs like ‘Roundup Time’, ‘Rollin’ Wagons’, ‘Rockonover River’ and ‘The Wahine Song’ have been recorded around the world by top artists. Now you can hear the originals.