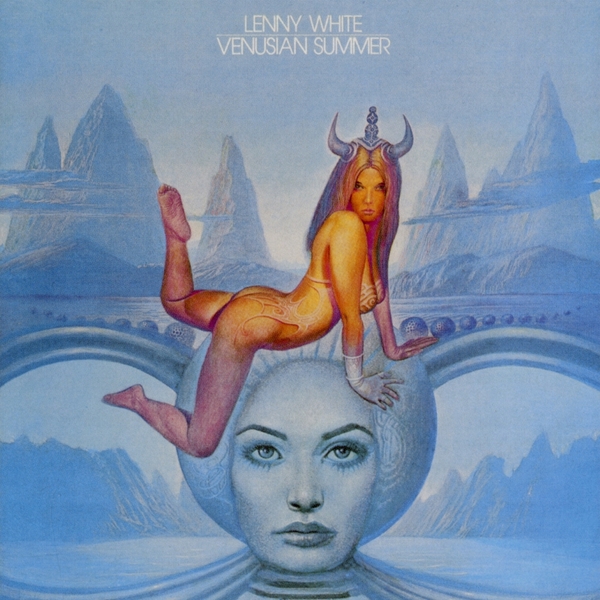 An in-demand drummer of jazz’s sixth wave, Lenny White cut his teeth with Jackie McLean before hooking up with Miles Davis in 1970 and inventing the future of the genre. Credits on Davis’s Bitches Brew, Santana’s Caravanserai, and Chick Corea’s Where Have I Known You Before led to a deal with Nemporer Records in 1975, where White cut two monuments of progressive jazz: Venutian Summer and Big City.

Issued in 1975, Venusian Summer deceives as a spaced-out funk LP for the first eight minutes, replete with slap bass, wandering clavinet, ARP solos, freaked out guitar noodling, and chunky drum breaks. In the center is the two part “Venusian Summer Suite,” a moody drone that cuts open a hidden vein of street classical, with an endless Hubert Laws flute solo to boot. From another planet, for sure