Posted by Green on June 1, 2020
in fusion, jazz
as Larry Carlton 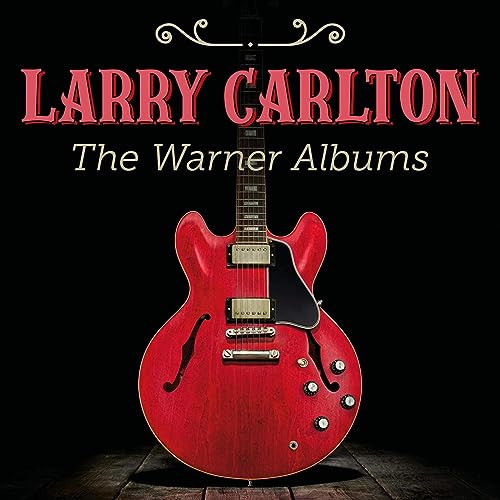 A hugely successful guitarist and composer, Larry Carlton emerged from the Los Angeles studio scene of the late ’60s, eventually becoming a popular contemporary jazz artist in his own right. Noted for his lithe technique, sweet-toned, blues-inflected sound, and distinctive use of volume pedals, Carlton first came to prominence as a member of crossover jazz and R&B outfit the Crusaders. From there, he developed into an in-demand session player, recording on up to 500 albums a year and appearing on over 100 gold albums. His studio credits from the ’70s and early ’80s include work with musicians and groups like Steely Dan, Joni Mitchell, Michael Jackson, Sammy Davis, Jr., Herb Alpert, Quincy Jones, Bobby Bland, Dolly Parton, Linda Ronstadt, and literally dozens of others. Although he recorded a number of LPs under his own name as early as 1968, he didn’t land a major-label contract until 1978, when he signed with Warner Bros. and began a long stretch of releasing his own albums. Along the way he also expanded into film and television work, and picked up his first of four Grammy Awards for his work on the Hill Street Blues theme. With over 30 of his own albums and a regular touring schedule, Carlton remains a well-respected, highly sought-after performer.