Posted by Green on February 29, 2020
in country
as Kristyn Harris 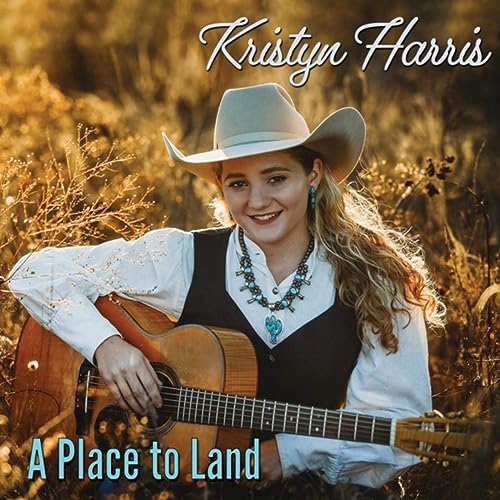 Texas-bred musical powerhouse, KRISTYN HARRIS, is noted for her shimmering vocals, solid swing rhythm guitar style, unique songwriting, award winning yodel, and captivating stage presence. At 25 years, she is the youngest person in history to be awarded the International Western Music Association Entertainer of the Year, which she has received 4 years in a row (2016, 2017, 2018, 2019). She is also a 4-time recipient of the IWMA Female Performer of the Year (2014, 2015, 2018, 2019), and was named the Ameripolitan Music Awards Western Swing Female Artist of the Year (2017) and the Pro Cowboy Country Artist Association’s 2017 Entertainer of the Year and Female Vocalist of the Year. Her singing has been praised as “timeless” with “the warmth and power of Texas sunshine”. Most recently you might have seen Kristyn featured on ABC’s American Idol, where she performed a traditional western yodeling song for the judges and was granted a ticket to Hollywood.

Though not raised in a musical household, Kristyn began singing and playing at age 14 when she felt strongly inspired to pick up a guitar – and it has rarely left her hands since. Discovering an instant passion, she launched into a headlong pursuit of the music that grabbed her and caused her to start playing – primarily the vintage arrangements, captivating chord structures, ranching themes and uplifting melodies that cornerstone western/cowboy music and western swing (later, throwing in tidbits of country, 1940s big band, gypsy jazz, and traditional folk song influences to her music, and building a gospel repertoire). Somewhere along the way it became her career path.