Posted by Green on March 7, 2020
in country
as Kris Kristofferson 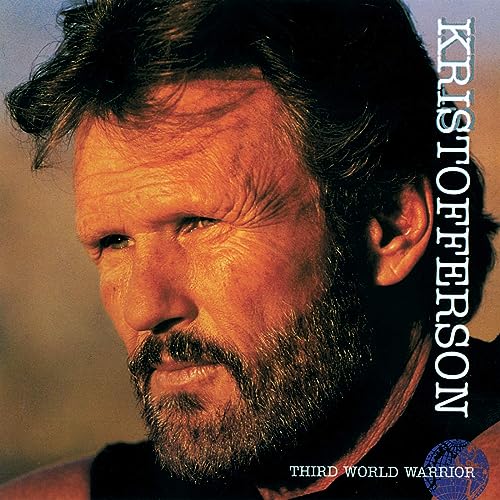 A danger in writing topical material is that it may be overtaken by the news before you can get it out, but no collection of topical songs has been quite as unfortunate in that regard as Kris Kristofferson’s Third World Warrior. As his recording career declined from the late ’70s on, Kristofferson became increasingly interested in writing and singing about left-wing political concerns, especially with regard to Central America, and Third World Warrior was the logical extreme of this tendency, consisting entirely of agit-prop pronouncements. “If you don’t like it mister I don’t care,” Kristofferson sang in the opening song, “The Eagle and the Bear.” That song closed with the lines, “And I’ll say until the day we free Mandela/All the world will be in chains,” while the album’s final song, “Sandinista,” declared support for the Nicaraguan rebels of that name. Third World Warrior was released on March 6, 1990. But on February 12, Mandela had been released, and on February 26, Sandinista leader Daniel Ortega had conceded defeat in the Nicaraguan election. Thus, Third World Warrior was largely irrelevant the day it arrived in record stores. Probably it was also hobbled by the release a week earlier of Highwayman 2, the second album by the quartet of Willie Nelson, Johnny Cash, Waylon Jennings, and Kristofferson that had considerably more commercial clout. But leaving aside issues of timing, Third World Warrior, however committed its statements, was simplistic and heavy-handed, a perfect example of politics overwhelming art.