Posted by Green on September 16, 2020
in country, Discography, folk, singer-songwriter
as Kris Kristofferson 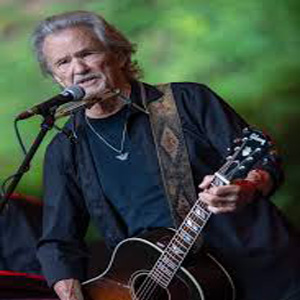 Kristoffer Kristofferson (born June 22, 1936) is an American singer-songwriter and actor. Among his songwriting credits are the songs “Me and Bobby McGee”, “For the Good Times”, “Sunday Mornin’ Comin’ Down”, and “Help Me Make It Through the Night”, all of which were hits for other artists. Kristofferson composed his own songs and collaborated with Nashville songwriters such as Shel Silverstein.