Posted by Green on June 3, 2020
in folk-rock
as Kirsty MacColl 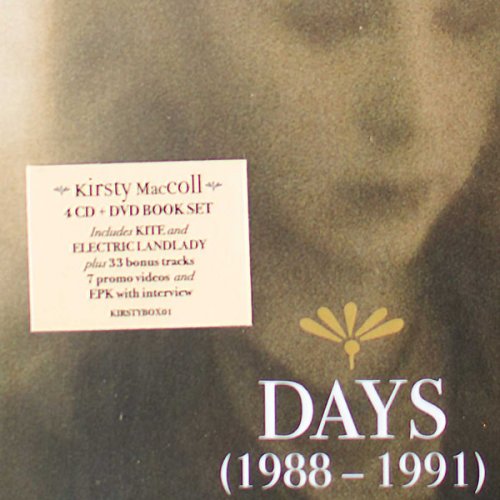 After a brief stint in 1978 with her first band The Drug Addix, she went solo and scored a big hit with the single “There’s a Guy Works Down the Chip Shop Swears He’s Elvis” in 1981. In 1984, she married producer Steve Lillywhite, and had two children Jamie MacColl and Louis MacColl. She decided to concentrate less on her music and raise her children by solely performing back-up vocals on various projects. In 1987, one of her contributions was the Christmas hit with The Pogues “Fairytale of New York”. She later came back in 1989 to record the “Kite” album.
In 1991, she put out her “Electric Landlady” album which provided her with the very big hit “Walking Down Madison”. A few years later in 1993, “Titanic Days” was released.

Kirsty died in Cozumel, Mexico after being hit by a speedboat which had crossed into an area restricted to swimmers only. Her final recording “Tropical Brainstorm” was released in the UK shortly before her death in 2000; videos of some promotional appearances are available on YouTube. The US release was posthumous, in early 2001.