Posted by Green on November 27, 2019
in progressive rock, space-rock
as King Buffalo 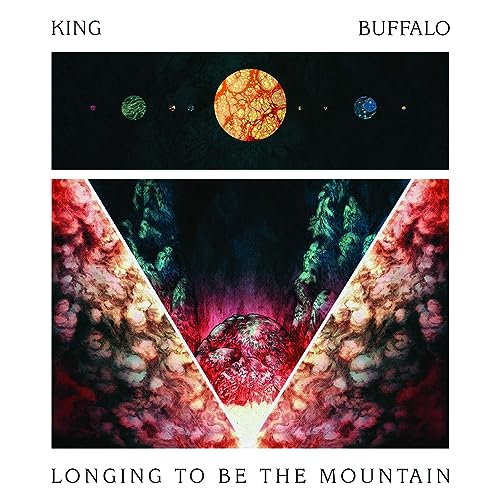 From the echoing sounds of birds that begin ‘Morning Song’ to the final drifting guitar lines of ‘Eye of the Storm,’ King Buffalo‘s Longing to be the Mountain is nothing less than a band taking their approach to a new level. The Rochester, New York, trio of guitarist/vocalist Sean McVay, bassist Dan Reynolds and drummer Scott Donaldson teased this progression earlier this year with the Repeater EP (review here) and its sprawling title-track, but even that 13-minute opus didn’t quite give away the full reach of the second long-player to come. Now some five years removed from their 2013 demo and having also released a split with the defunct Lé Betre in 2015, the three-piece follow-up 2016’s Orion , which was the best debut released that year, by taking a progressive step forward in songwriting and performance.