Posted by Green on August 20, 2019
in blues-rock
as Keith Thompson 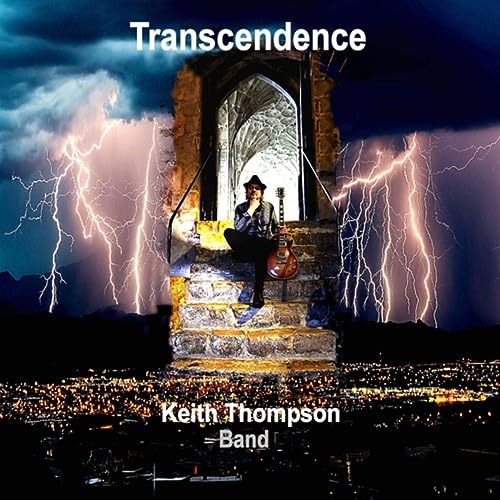 The British blues boom of the 60’s produced great guitarists like Eric Clapton, John Mayall, Jimmy Page and Peter Green. It was in 1966 that the young Eric Clapton joined forces with Jack Bruce on bass and Ginger Baker on drums and formed “Cream”. They helped to revolutionize the world of music!. They lit the touch paper and as the flame grew brighter many more greats came along, Rory Gallagher, Ritchie Blackmore, Gary Moore and Paul kossoff to name a few. They produced music that had such a feeling of expression that it was impossible to ignore!

You don’t have to take history lessons to get the feeling again! It’s all on the CD’s Keith Thompson & his band have recorded – From “Strange Brew” to “Snapshot Of Reality”. An amazing collection of self-penned classic blues/rock tunes in the same progressive style of these greats!

The Keith Thompson band take you on a journey through time. You will find yourself recalling that feeling that the power of “Cream” generated, and it will take you all the way to the present day. After listening to Keith Thompson and the band you will be left with the impression that the music is still alive!