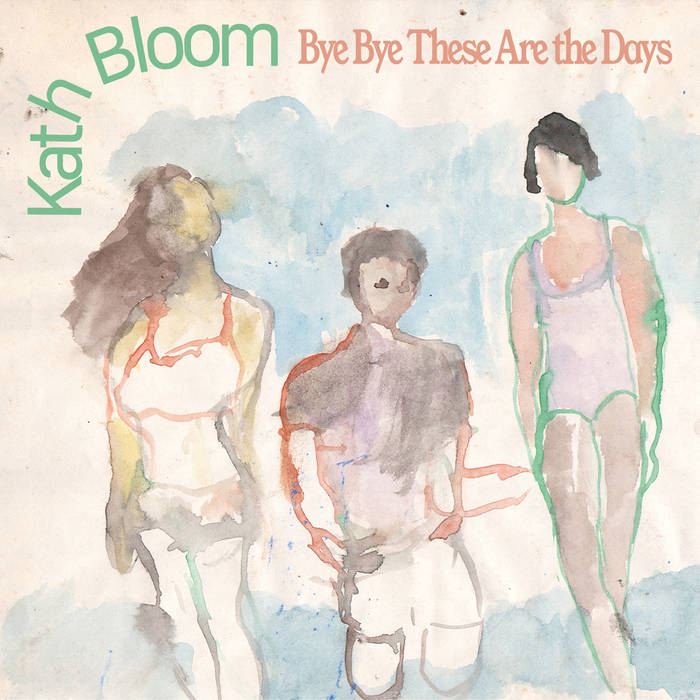 “Bye Bye These Are The Days” is the latest release by luminary songwriter Kath Bloom. Born to a musical family, Kath moved through an early life absorbed and in love with the 60s sea change of musical expression, into a development of her own singular voice that would age to cast a wide net of influence. Her prolific relationship with Loren Mazzacane Connors in the 80s produced a body of work held sacrosanct by generations of avant-folk luminaries. In 2007 Chapter Music released a tribute album to her songs from that time recorded by Bill Callahan, Meg Baird, Devendra Banhart and others, and her song “Come Here” was featured memorably in Richard Linklater’s 1995 film “Before Sunrise”, in a scene which Ethan Hawke claims was “my favorite scene I ever filmed”. Two lovers listen hanging on the edge of a kiss, tense and present for a moment just out of reach.

Although performing this strange and yearning body of work at the time made her nervous and withdrawn, she continued to write and perform quietly all the while. She developed happy careers in music therapy for children and horse training, learning new forms of connection that channeled back into her music and healed her relationship with performing.

In recent years she has toured regionally from her home in Connecticut and has been invited several times to tour internationally, honing her current musical partnerships with David Shapiro (guitar, vocals) and Flow Ness (percussion, vocals). While she has been encouraged to release new music for her new generation of fans, “Bye Bye These Days” is the first to document her current band’s sound, which harkens back to the avant leanings of her work with Mazzacane, but the tension now is joyful and expert. This is the sound of a practiced life, learned in all stages of love and loss, and resolute to keep going, like a locomotive deep into the night.