Posted by Green on February 12, 2020
in alternative rock
as Julian Cope 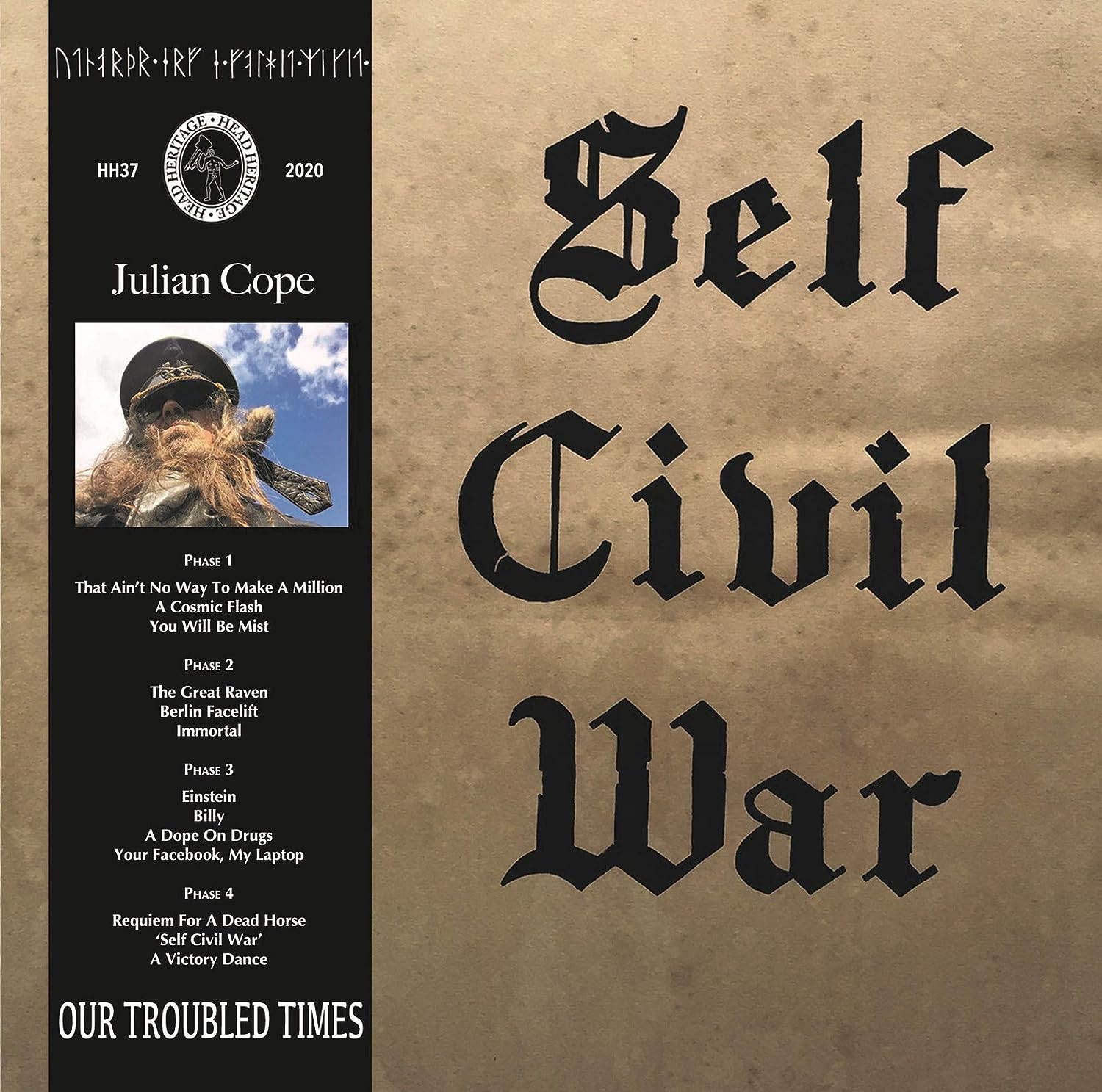 Across 13 keenly observed and beautifully orchestrated songs, Julian Cope’s new album SELF CIVIL WAR heaves with unrest and the spirit of 2020. Pure Cope: compelling earworms of barbarian intelligence. Celebrate the arrival of this new decade with Julian Cope’s rampant new album SELF CIVIL WAR. Crammed with songs that reach deep inside you, each possessed of its own micro-worldview, SELF CIVIL WAR showcases Cope’s songwriting at its most searching since JEHOVAHKILL. Road-testing the zeitgeist with kitchen sink psycho-dramas like ‘A Dope on Drugs’, ‘Your Facebook, My Laptop’ and ‘Billy’, SELF CIVIL WAR also showcases the insightful Heroic Ballads ‘Einstein’ ‘You Will Be Mist’ and ‘The Great Raven’. In typical Cope stylee, the 13 songs of SELF CIVIL WAR brim with sound FX, enormous orchestral arrangements, timeless uprisings of Ur-folk and hefty near-Krautrock anthems. It’s the first release in Cope’s ‘Our Troubled Times’ series, and a fine temporary refuge from our daily bombardment by media luvvies and fucckhead world leaders who take us all for idiots.