Posted by Green on July 9, 2019
in folk, psychedelic
as Judy Henske & Jerry Yester 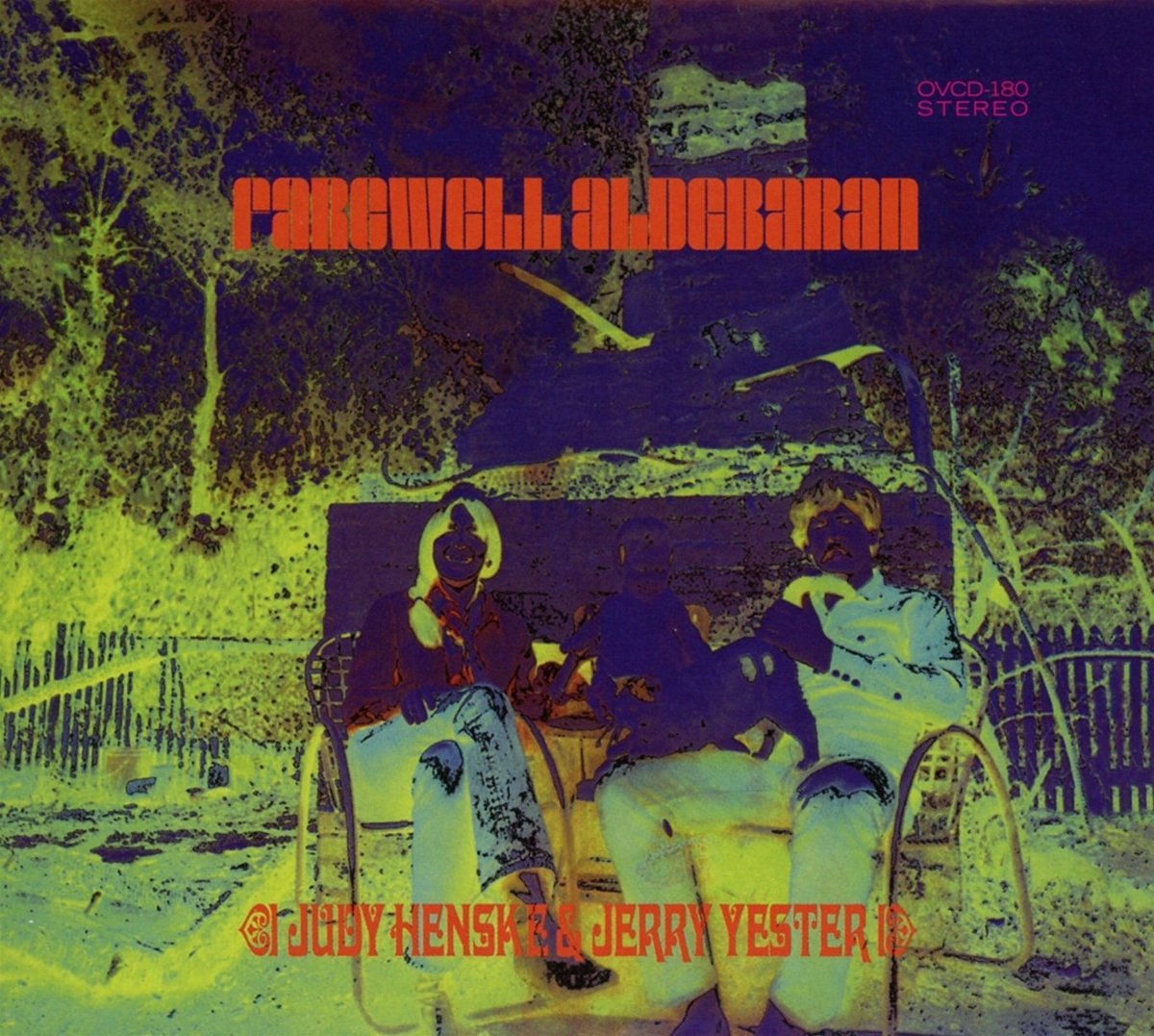 Judy Henske was a major talent who never quite broke through to major stardom, in part because no one seemed sure of what to do with her. Henske’s big, bold voice was a bit too strong for the pop charts in the mid-’60s, and while she had a loyal following among folk music fans, her broad sense of humor and theatrical style set her apart from her very earnest counterparts. (In retrospect, it seems she would have been the perfect star for the right sort of Broadway musical comedy.) In 1969, Henske and her then-husband Jerry Yester (who had been a member of the Modern Folk Quartet and the Lovin’ Spoonful, and would go on to produce albums for Tom Waits and Tim Buckley) made an album together, Farewell Aldebaran, and it’s one of Henske’s very best works, a showcase that’s as eclectic and audacious as she was. Farewell Aldebaran can be described as a fusion of folk music, psychedelia, and arty pop, though that only scrapes the surface of the LP’s stylistic complexity. The album leaps from the stomp-down primitivism of “Snowblind” and the playful pop of “Horses on a Stick” to the tongue in cheek religious satire of “St. Nicholas Hall,” the beauty of “Three Ravens,” and the grand scale sci-fi finale of the title cut — every track on the album has a distinct personality of its own. What holds Farewell Aldebaran together is the strength of the songs and arrangements, where Yester brings together a striking range of sounds and moods, and makes imaginative use of mellotrons and early Moog synthesizers. Henske rarely sounded this nuanced and effective on record, mainly because Yester gave her musical landscapes that were big enough for her talent and personality. Farewell Aldebaran died a quick death in the marketplace in 1969, and it’s not hard to see why — as good as it is, this music was too eclectic and deliberately eccentric to find a place on radio, then or now. But the album has gained a cult following over the years, and with good reason; it’s not difficult for anyone with open ears to find a place in their hearts for Henske and Yester’s talent, wit, and musical daring.