Posted by Thomas on May 18, 2021
in folk, rock, singer-songwriter
as Judy Collins 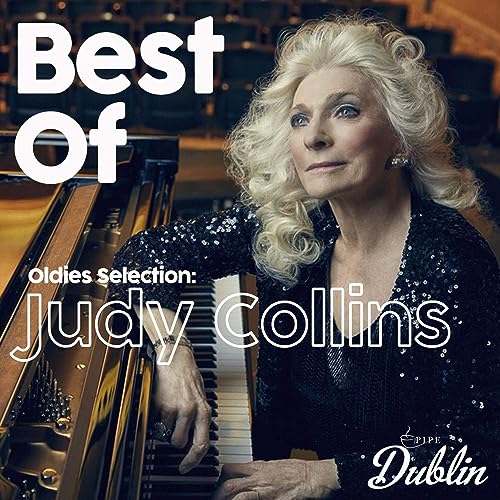 Of the artists who enjoyed success in the folk music boom of the early ’60s, very few have had a career as long and varied as Judy Collins, in large part because she’s displayed a stylistic range matched by few of her peers. While Collins is a gifted songwriter who penned a few of her best songs, including “Since You Asked,” “My Father,” and “Secret Gardens,” it’s her talent and versatility as an interpretive vocalist that has brought her lasting success. Collins’ strong, clear voice has been adaptable to everything from Appalachian folk (1961’s A Maid of Constant Sorrow), pop-inflected folk-rock (her hit cover of Joni Mitchell’s “Both Sides Now” from 1967’s Wildflowers), show tunes (“Send in the Clowns” from 1975’s Judith), artful a cappella (“Amazing Grace” and “Farewell to Tarwathie” from 1970’s Whales & Nightingales), ambitious narrative pieces (“Marat/Sade” from 1966’s In My Life, “Che” from 1973’s True Stories & Other Dreams), and the work of contemporary songwriters such as Leonard Cohen, Bob Dylan, and Jacques Brel. The unifying factors of Collins’ work have always been the maturity and depth in her performances and a commitment to quality songwriting, and she’s upheld her high standards through a career that has spanned six decades.