Posted by Green on November 24, 2021
in country, folk
as John Prine 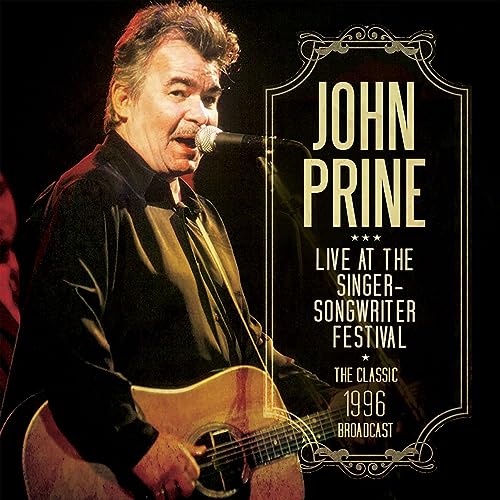 JOHN PRINE BROADCAST FROM 1996 Founded as The Stars Factory in 1983, Frutigen in Switzerland held its first Singer-Songwriter Festival in 1987. Set up as an initiative to raise the cultural standing of the area, Frutigen welcomed a vast array of big names during the event s tenure, including Steve Earle, Roseanne Cash and Kris Kristofferson. In 1996 John Prine, still then one of America s most influential singer-songwriters, made an appearance to rapturous applause. Prine had remained busy throughout the 1990s, having teamed up with Tom Petty & The Heartbreakers bassist/producer Howie Epstein twice; firstly on 1991 s Grammy Award-winning The Missing Years, and again in 1995 with Lost Dogs And Mixed Blessings, which also received a Grammy nomination and became Prine s first charting album since 1980 s Storm Windows. John Prine s remarkable performance at the 96 festival is included in its entirety on this CD, taken from an FM radio broadcast of his set that year. Mixing older classics with cuts from his most recent albums, including Spanish Pipedream , Sam Stone , Speed Of The Sound Of Loneliness , Ain t Hurtin Nobody and Picture Show , all delivered with a generous helping of Prine s trademark humour, this recording will delight the man s legion of fans still flying the flag for this often underrated musician, composer and performer.