Posted by Green on July 7, 2021
in fusion, jazz
as John McLaughlin 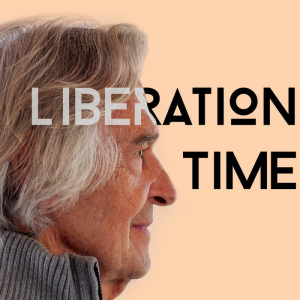 John McLaughlin reflects on “both the perils and potential” of the past year and more with his latest album Liberation Time.

The esteemed guitarist, composer and bandleader says his new record is a “direct response” to the world coming to a standstill during the COVID-19 pandemic. The album encompasses frustration, joy and reflection, harnessing and redirecting all of that energy. “The result was an explosion of music in my mind,” McLaughlin says.

Unlike McLaughlin’s other recent projects, Liberation Time isn’t the work of a single ensemble. Rather, he drew upon decades of experience as a bandleader to select musicians best suited to each composition. “That is a choice that can only be made correctly if you know how the musicians play,” he explains. “Not just how well they play technically, but how they play intuitively. Only then can you make the right decisions.”

Among the musicians featured on the album are drummers Vinnie Colaiuta, Ranjit Barot and Nicolas Viccaro; bassists Sam Burgess, Etienne Mbappe and Jerome Regard, pianists Gary Husband, Roger Rossignol and Oz Ezzeldin; and saxophonist Julian Siegel. The record also features McLaughlin performing alone at the piano, an instrument he has not recorded on since his Carlos Santana collaboration Love Devotion Surrender in 1973.