Posted by Green on October 19, 2021
in blues, blues-rock
as John Mayall 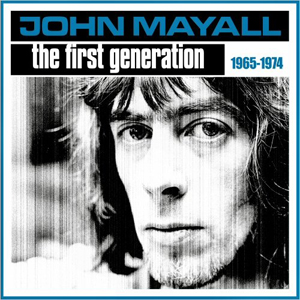 For a short but compelling time in the ’60s and ’70s, John Mayall recognised raw talent, took it in, nurtured it, and everyone thrived and benefitted as a result. Many of the best musicians of the period passed through the ranks of John Mayall’s Bluesbreakers. All are on show here in this set with an abundance of musical highlights.

The unreleased concerts include Windsor 1967, Gothenburg 1968, Berlin 1969 and San Francisco 1970 and the 28 unreleased BBC tracks feature none other than Eric Clapton, Peter Green and Mick Taylor!